Are you free to disagree?

The real test of freedom is dissent without fear, not silence 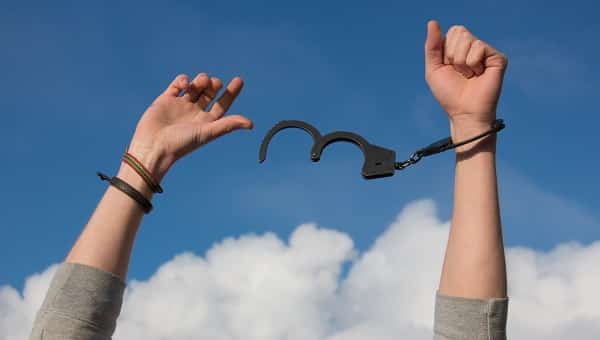 Reading Time: 4 minutesTrue freedom is best witnessed when the minorities in a society can raise their voices without repercussions from the establishment.


The Indian community in Australia had a taste of such freedom recently. Hindus of Indian origin, despite being an ultra-minority in this country, turned up in healthy numbers to express their opposition to the Meat and Livestock lamb ad. The protests caught mainstream attention and politicians of all parties expressed support. Some of the protestors’ energies were spent in a futile attempt to get the ad banned, which is really a hangover of the ‘ban’ culture in another part of the world.
Nevertheless, the best outcome of the episode was proof that minorities in Australia enjoy the unrestricted freedom to protest without a fear of violent backlash.
Granted, the lamb ad was a harmless distraction for the average Australian who did not care enough about the outcome. Another minority issue, a thoroughly mainstream one, of the British statue inscriptions raised by Stan Grant of ABC provoked rigorous debate and hot tempers.
Even that was largely devoid of threats, violence or economic blockade. Contrast this with the incidents such as the assassination of Gauri Lankesh in India just for being a contrarian or Donald Trump’s call to fire the kneeling NFL athletes in the US, and Australian freedoms shine in the brighter light. When the majority starts reacting viciously to those who dissent, the idea of freedom becomes an illusion. The implicit message is, you are free only until you agree.
Especially in the Indian context, it is essential to preserve the freedom to disagree, given the diversity of cultures, languages, and religions in the country. Disagreement is inherent to Indianness. It’s impossible to get the whole country to agree on any one thing and the argumentative Indian takes pride in being adversarial as a matter of principle.
Disagreement was also one of the most active tools of India’s non-violent freedom struggle. The civil disobedience movement, for example, was built entirely on the idea of peacefully disagreeing with the law of the land.
A couple of months ago, a remarkable document from 1930s India surfaced from archives and was shared on Twitter, shining the spotlight on the disobedience movement. The document showed a list of freedom fighters sentenced to prison by the City Magistrate of Bombay for violating a government ordinance. The offences were flimsy, but the punishment was rigorous.
The British colonialists were bent on crushing dissent and imposing order. The draconian laws had very little effect on the freedom fighters who not only broke the law openly, but also did it in style, as the document shows. The names on the prison manifest are remarkable, to say the least.
Not needing to prove their identity, prisoners renamed themselves ‘Son of India, God’, ‘George V Ram’ (King George V was the British regent in 1930), ‘Zindabad Mahatma Gandhi’, ‘Inkhilab Mahatma Gandhi’, ‘Bharat Shevak Mahatma Gandhi’ etc. for the court records. It is a fascinating window into the thinking of the foot soldiers of the Indian freedom movement.
Freedom is a sanguine concept. It evokes powerful, positive imagery – people in pastel coloured clothes, glowing with laughter, running through lush green fields; soldiers saluting a fluttering flag; perhaps a famous singer blowing up her lungs singing an anthem. Freedom always looks good visually, particularly on TV. But, is that the freedom ‘Zindabad Mahatma Gandhi’ yearned for?
In 1930, Indians weren’t actively seeking a full exit by the British. They were only aiming for better representation in lawmaking, to put it bluntly. No matter the lesser cause, the protesters were happily filling up the prisons by violating the civil law and in the process, experiencing a freedom they didn’t have – the freedom to disagree.
Seven decades after independence, some Indians are still fighting for that right. British-era laws such as sedition have seen a resurgence in recent times. Sedition is now unapologetically used against political protesters while the government runs amnesty schemes for armed Naxalites accused of murder.
Rationalist voices are being silenced through terrorist tactics. More shockingly, these atrocities have widespread public support in the name of ‘order’. Decades of corruption, poverty and political inaction are making Indians forget the roots of their independence struggle. They seem to be ready to surrender their freedoms in favour of ‘order.’  The same old ‘order’ that the colonialists promised, peddling the same old arguments – ‘agree with us and enjoy peace, enjoy prosperity; disagree and face prison.’
Indian Australians can perhaps use their recent experiences to remind their friends and family in India that the real test of freedom is dissent, not silence. Minorities with limited political power need the freedom to express themselves without fear of repercussions or their freedom lacks meaning. Protest against your government, criticise an ideology, ridicule politicians and if you are not forced to go into hiding for the fear of personal safety or incarceration, you can be sure you are free.
- Advertisement -
Share
WhatsApp
Facebook
Twitter
Linkedin
Previous articleHimalaya through their eyes
Next articleLet the sun rise, not power bills