Anya Chalotra: Whiff of India in the fantasy world of 'The Witcher' 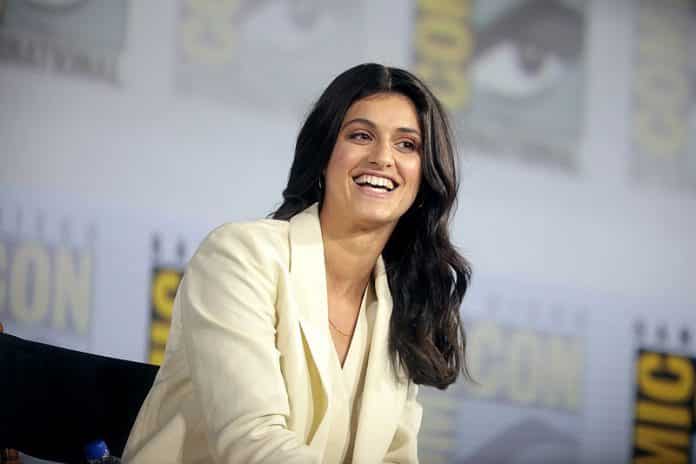 Indian-British actress Anya Chalotra has been courting the limelight over the past weeks, as the female protagonist Yennefer in the Netflix series “The Witcher”. She appears alongside “Superman” actor Henry Cavill in the fantasy action series.

Anya, 24, hails from an Indian-British family. Her father is of Indian descent while her mother is English.

She was eight, she recalls, when she realised how much she loves the limelight, and in an interesting way, the incident has an Indian connect.

“I think I was eight. We were having a family get-together and was told to sing an Indian song. And I knew, at that very moment, that I loved the attention,” she recalled, in a conversation with vogue.in.

Barely less than a year and half into the profession, Anya has already excited the small screen circuit. She made her debut with the British series “Wanderlust” in September 2018, and her second show — the BBC thriller “The ABC Murders” — followed a few months later in December.

It took her less than a year after that to arrive in American showbiz. “The Witcher” would premiere on December 20 2019. A second season of the show has already been announced, for a 2021 release.

“I haven’t read all of The Witcher novels,” she admitted, adding the reason is she is a slow reader. “That’s only because I am very thorough. I read every detail and often have to go back to the page before and read it again, and I ask questions as I go along, since I am that character,” she added.

As far as “The Witcher” goes, for Anya the script, written by producer and showrunner, Lauren Schmidt Hissrich, has been her Bible.

“I would read it every day, again and again. It allowed me to become more familiar with the way Yennefer (character) would think, breathe and respond to the relationships she had with different characters,” she said.

When Anya Chalotra walked into the audition room, she knew nothing about monster slayers or her character Yennefer of Vengerberg’s legacy.

“I walked into this blindly. And I think that helped me, because had I known of Yennefer being such an iconic character and having a huge fan base, I would’ve over-thought every choice I made in that audition room.”

Anya “started getting a lot of attention” after she bagged the role, “which was both negative and positive”. So, she got off social media.

“I wanted my journey to be very different. I wanted to allow the character to evolve organically, without any pressure, and I know that the only way to do that was to shut off my social media,” she reasoned.

Being Yennefer in “The Witcher”, she admits, has been a life-changing experience. “This opportunity has changed my life. It has been an absolute gift,” she said.

Creator Lauren Schmidt Hissrich’s “The Witcher” is based on the fantasy series of novels and short stories of the same name by Polish author Andrzej Sapkowski.