India and Australia: Need to re-craft an old relationship

The two nations may have missed numerous opportunities to collaborate, but the India-Oz relationship has huge potential. But will they ever take the steps necessary to explore that potential, asks AMIT DASGUPTA 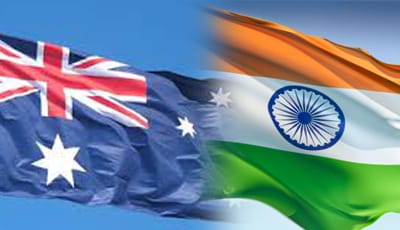 Reading Time: 4 minutesIndia-Australia relations are a classic example of unrealised potential and a tragic tale of consistently missing opportunities, despite multiple areas of strategic convergence and shared interests. It is almost as if apathy holds back both countries from trying to break new ground in a significant manner. This has been frustrating and disappointing.
Understanding this is as much a dilemma as trying to explain it. In the early years, the relationship was at best prickly. Canberra viewed New Delhi with suspicion after India’s embrace of non-alignment and strategic distancing and, thereafter, its nuclear tests. However, this changed, especially after India dramatically recrafted its relationship with Washington and other major Western powers.


Many argue that the neglect of New Delhi had been so acute that the sudden cosiness between the US and India surprised and confused Canberra to such an extent that it was unsure as to how it should reimagine its relationship with New Delhi. The lack of a strategic policy was such that, at one stage, the prestigious Sydney-based Lowy Institute even argued that if Canberra did not act with utmost urgency in recrafting the manner in which it viewed and engaged with New Delhi, it might not find a place among India’s friends and allies. In their view, in a world that was dramatically redrawing strategic relationships, Australia needed India more than the other way around.
This was, most certainly, not a one-sided distancing. For India, geography and history became gate-keepers. Foreign and security policymakers recalled history as the great stumbling block and argued that New Delhi could craft its destiny without Australia’s help or support. Business and industry, similarly, repeatedly found excuses not to engage Australia with the vigour with which it engaged the US or Europe. Even people-to-people contact was limited. Misconceptions and history dragged the relationship into some blackhole that it refused to extricate itself from.

Both countries, tragically, blind-sighted themselves into believing that a more substantive and engaged relationship would not impact their futures. The cricket-curry-Commonwealth (3Cs) diplomacy that many Australians spoke of demonstrated how palpably the relationship was lacking in depth and substance but, more importantly, how neither country saw any pressing strategic interest in taking it to the next level.
This perception was dramatically disrupted by Prime Minister Narendra Modi, through his four-city visit to Australia in November 2014 and the bold joint statement that outlined the vision of a vastly expanded bilateral and strategic engagement. It was India reaching out as never before to a very surprised Canberra that had not anticipated the extent with which Modi reached out to the government and the people of Australia.

All of a sudden, there was hope that the relationship would reach new frontiers and that the years of neglect would slip away quickly. There was, in fact, clear strategic focus and logic to reshaping the bilateral relations, especially in the face of a changing world order, an openly hegemonic China and strategic uncertainty in the Indo-Pacific that led many to believe that the Pacific would, in fact, be the staging ground for the next Cold War. There was genuine and credible optimism that Modi’s visit would allow the hesitations of history to be overcome and that the stage was set for a new and inspired chapter in bilateral relations.
Unfortunately, in the four years since Modi’s visit, while there have been some positive developments, a transformative change in the relationship has not yet happened. Both sides continue to remain hostage to the past, Canberra more so than New Delhi.
Outstanding Australian diplomats like John McCarthy; Peter Varghese, former Secretary, Department of Foreign Affairs and High Commissioner to India; and present High Commissioner Harinder Sidhu can only do so much. They have championed a more robust and substantively upgraded relationship but are hindered by a lack political support from Canberra. Take the case of Varghese’s comprehensive, indeed outstanding, India Economic Strategy Report that was commissioned by the Liberal government, for instance. The report has not yet found favour with Canberra, despite the strong public endorsement it has received. Many believe it would be buried because Beijing found it offensive.
Even Labour has been hesitant about a bold transformation of its bilateral relationship. As recently as October 2018, Bill Shorten, in a policy speech on what might be expected if the Labour government comes to power in the forthcoming elections, managed only a one-line reference to India, South Korea and Japan, while endorsing the importance that Australia attaches to the Indo-Pacific. This can be seriously disappointing.

The elephant in the room that Canberra grapples with is that it sees India through the lens of
Washington and China.

This is understandable because both are strong relationships that Australia has invested in over decades. Few might know, for instance, that Mandarin is the second most widely spoken language in Australia. Both Liberal and Labour recognise that Australian foreign policy must reflect the compulsions of a rapidly changing present and an unpredictable future, but are unable to see beyond the past.
For decades and even after Modi’s historic visit, Canberra is navigating a difficult terrain by trying to seek a relationship with India to counterbalance Beijing, while simultaneously being mindful of not annoying Beijing. This is hardly likely to work.
As Indian President Ram Nath Kovind makes a state visit to Australia from November 21, it should be remembered that no relationship can be crafted if it does not matter in its own right.

Hello Australia — just landed on my state visit. Glad to have come to the land down under!

Till Canberra recognises this, we would remain trapped in the cauldron that the 3Cs represent. It is time to change the vocabulary. Only time will tell if Canberra is willing to see India as a strategic partner in the rapidly changing global scenario and particularly in the Indo-Pacific. It is also time that New Delhi recognises that it is very much in her interest to reach out to Canberra and carry forward the vision that was enunciated four years ago.
(The author, a former diplomat who has served as Indian Consul General in Sydney, is the Inaugural Director of the UNSW Sydney’s India Centre. The article is in special arrangement with South Asia Monitor)