All eyes on Kashmir 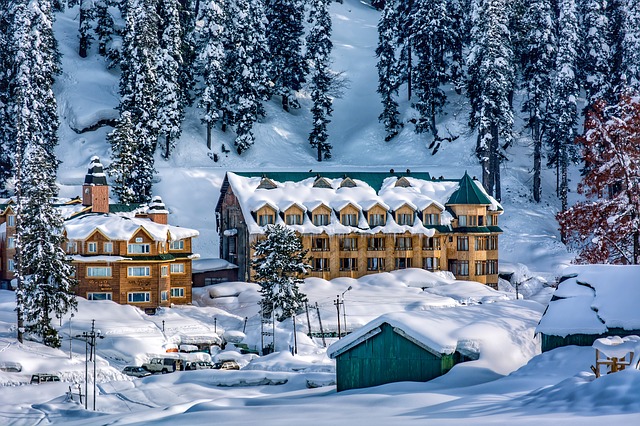 Reading Time: 3 minutesThere is more than an element of jingoism on social media in India and amongst the Indian diaspora, following the revoking of Article 370 by the Indian government. There has been intense debate for some time now about the special status accorded to Jammu and Kashmir, through Article 370. This allowed Kashmir some autonomy via its own constitution, a separate flag and freedom to make laws. Foreign affairs, defence and communications remained the preserve of the Central government. This meant Jammu and Kashmir could make its own rules relating to permanent residency, ownership of property and fundamental rights. It could also bar Indians from outside the state purchasing property or settling there. These provisions are now withdrawn.

With the state currently in lockdown and a strong influx of para-military forces to keep law and order, it is early days to judge the reaction of the local population and the international community. The Modi government has described this removal of special status as correction of a ‘historical blunder’ and the fulfilment of an election promise; yet, that there will be geo political challenges ahead for India, is not hard to foresee.


Pakistan, with whom India has fought three wars over Kashmir, has been strangely quiet. Pakistani Prime Minister Imran Khan is under increasing pressure internally to take action on this issue, but to date, diplomatic action has been restricted to the expulsion of the Indian High Commissioner Ajay Bisaria, and the briefing of global diplomats on their view of this Indian government announcement.
India was totally outplayed on the Pulwama issue by Pakistan and Indian diplomats globally will need to strongly state their case of the revocation of Article 370 being a sovereign matter for India.

What is interesting is the timing of all this for Pakistan. The United States is days away from signing an agreement with the Taliban in Afghanistan and withdrawing its troops and years of warfare there. To all observers, the Taliban has won the battle in Afghanistan.
Emboldened by their victory, will the Mujahidin, abetted as has been alleged in the past by the Pakistani Intelligence Service ISI, now turn to Kashmir for more battles?

In all likelihood, Kashmir, which was a hot bed of terrorism in the 1980s, will go through a baptism of fire in the near future.
Internationally, besides Pakistan, being encouraged by China, there will be limited appetite for other nations to get involved. The United States under Trump, heading towards its 2020 elections, will play a limited role in this part of the world. Europe will abstain from any interference.
Article 370 was more than 70 years old and in that time, the politics of the region and the world has changed. It was time to bring about changes. The Modi government’s steps have been bold – but time will tell how the announcement of 5 August changes the politics of the Indian subcontinent.
- Advertisement -
Share
WhatsApp
Facebook
Twitter
Linkedin
Previous articleOur tryst with destiny: A Kashmiri Pandit perspective
Next articleSBS TV's The Hunting reiterates how unsafe we all are online