A show of rare works 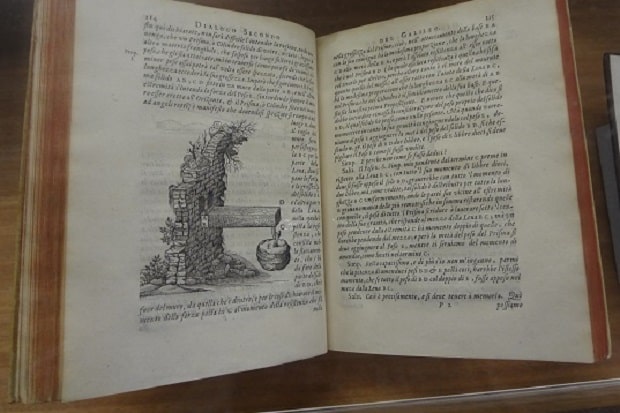 Reading Time: 3 minutesAdelaide University celebrates its 140th birthday by showcasing some of its valuable library collection

Adelaide University is 17 years younger than some of its notable Indian cousins like Bombay, Calcutta and Madras universities, all of whom were established in the same year, 1857. But Adelaide’s Barr Smith Library (founded in 1874) holds a collection richer in depth and breadth.

To mark the University’s 140th birthday the library recently gave a glimpse of the extent of its collection by showcasing some 140 valuable items from its Rare Books and Special Collections. This section holds more than 60,000 items including books, photographs, recordings and films, prints, maps, manuscripts, research papers, assembled largely through gifts and donations.

Securely enclosed in a number of glass-top cases, the exhibits were diverse in age, origin and material. The items ranged from large tomes to tiny books – all illuminating and interesting due to their adornment and antiquity. Some on display, not necessarily ancient, were included for their rarity. There were other pieces arousing curiosity as to why they were included. Handy descriptions on those display cabinets showed the reason for them being there.

Many early printed works have their roots in religion such as a facsimile of Gutenberg Bible, the first book printed with moveable type around 1450 AD. This was the library’s half-millionth volume obtained in 1969. Also on display was the first translation of the New Testament into an Aboriginal language in 1897, an English version of the Polyglot Bible, and an annotated personal Bible (1833) of George Angas, founder of the South Australian Company which established the State.

On the scientific side, Galileo Galilei’s (1564-1642) final book of physics (Discorsi e dimostrazioni matematiche, 1638), acquired by the Library in 1979 as its millionth volume, was on display. The World of Sound (1933), a series of lectures by Adelaide’s Nobel prize winning physicist, William Bragg, was also being shown. A non-book item on show was an ampoule of dried calcium penicillin produced by Adelaide’s pharmaceutical company F.H. Faulding based on the formula by Howard Florey, another South Australian and winner of the Nobel Prize for jointly developing penicillin.

A very rare piece indeed was a hand-written warrant by Queen Elizabeth I ( 1533-1603) ‘a warrante to the great Warderobe for yor Ma’ties Maundye …(1578) detailing gifts to be given to the poor on Maundy Thursday.

An equally amazing work on show was Aurora Australis the only book published in Antarctica, in 1907, with a story by the legendary Sir Douglas Mawson. It was published and printed by ‘At the sign of the Penguins’ (how appropriate!) in that icy land.

The literary front was represented by James Joyce’s (1882-1941) Ulysses, a first edition signed by the author (printed in 1922), and a first edition of Lady Chatterley’s Lover, signed by its author D.H Lawrence (1885-1930). The first pirated edition of The Posthumous Papers of the Pickwick Club by Charles Dickens (1812-1870), printed in Tasmania in 1838, was also on display.

Some unusual items included a most colourful ‘Kammavaca’ ( Buddhist monks’ ordination presentation text from the 19th century), a gilded red and black lacquered text on cloth from monks’ robes in Burma.

Reputed to be the world’s smallest book, also being shown was an inch-long ‘Das Vaterunser’ (Lord’s prayer in seven languages from the Gutenberg museum, Germany). An equally small book ‘Matilda Lees Dods’ (a handbook of practical cookery – the new and enlarged edition!) was revealed to be a miniature gift book with silver plate as cover, produced in London in 1906. Some Indian sweets are laced with small silver leaves but this book takes the cake!