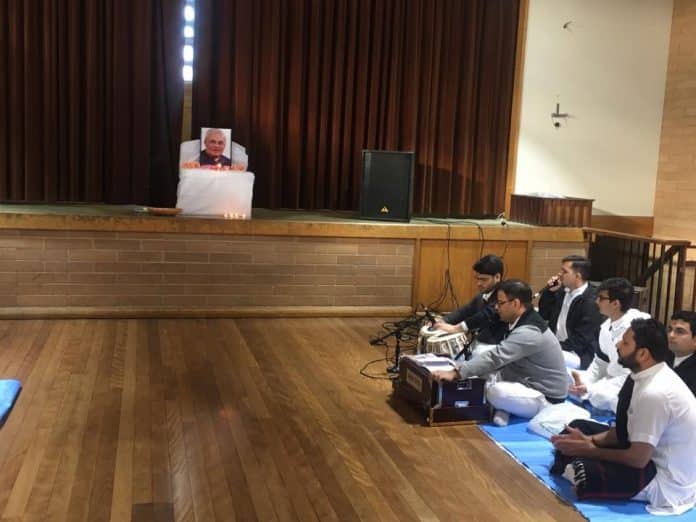 Reading Time: < 1 minuteA small group of people from the Indian community in Adelaide got together to pay tribute to much-loved former Indian Prime Minister Atal Bihari Vajpayee, who passed away on 16 August.
The Overseas Friends of BJP (Adelaide chapter) organised a condolence gathering on 19 August at St Aidan’s Anglican Church Marden, Adelaide.
Prayers were offered for the departed soul and floral tributes made.

Chirag Trivedi (activist OFBJP) said, “Atalji was a great inspiration. His life purpose was to serve the nation. He co-founded the Bhartiya Janta Party and was selected as a president of the party three times. He became the first BJP Prime Minister of the nation.”
As Prime Minister one of Vajpayee’s greatest achievement was the Pokhran nuclear test, which gave India a new recognition as a strong nuclear nation.
“Inspired by his selfless service, we raised funds for flood-affected and drought-affected communities in Indian and Australia,” Trivedi revealed. “We made a donation of $250 to the Malayalee Association AMMA. Also, the Hindu Benevolent Fund (of the Hindu Council of Australia) donated approximately $1500 to Australian drought relief.”
Bharat Ratna Atal Bihari Vajpayee, as a true Karma Yogi, lived for his country and countrymen, and it appears his actions continue to inspire many to this day.