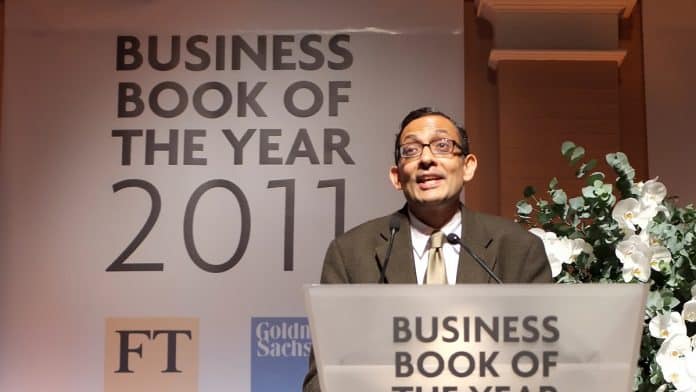 Indian-origin MIT professor Abhijit Banerjee, his wife and one-time PhD student Esther Duflo, and Harvard professor Michael Kremer have been awarded the 2019 Nobel Prize in Economics for their work which has “dramatically improved our ability to fight poverty in practice.”

The trio’s work has focused on the poor communities in India and Africa, and their research show which investments in key areas like education and healthcare are worth making and have the biggest impact on the lives of the poorest people.

Born in Mumbai in 1961, Banerjee is one of the leading development economists and is presently working as a professor of economics at the Massachusetts Institute of Technology (MIT). Author of a large number of articles and books, Banerjee graduated in science from the Calcutta University in 1981 before moving to the Jawaharlal Nehru University in New Delhi from where he completed his MA in 1983. He received his PhD from the Harvard University in 1988.

Announcing the Nobel Prize in Economic Sciences, the Royal Swedish Academy of Sciences said that the research conducted by this year’s laureates has considerably improved the ability to fight global poverty.
“In just two decades, their new experiment-based approach has transformed development economics, which is now a flourishing field of research,” the Academy said.
In 2003, Banerjee founded the Abdul Latif Jameel Poverty Action Lab (J-PAL) along with Esther Duflo and Sendhil Mullainathan, and he remains one of the lab’s directors.
Born in 1972, Duflo is the second woman and the youngest person to be awarded the Prize in Economic Sciences, which was not among the five original Nobels and was instituted by the Swedish central bank “in memory of Alfred Nobel” in 1969.
Also a professor at the MIT, Duflo said she is “humbled” by her success in winning the Nobel Prize for economics and hopes it will “inspire many, many other women.”

He is the author of a large number of articles and four books, including Poor Economics, which won the Goldman Sachs Business Book of the Year award in 2011.
He is the editor of three more books and has also directed two documentary films. He also served on the UN Secretary-General’s high-level Panel of Eminent Persons on the post-2015 Development Agenda.

In 2011, Banerjee was named one of Foreign Policy magazine’s top 100 global thinkers. His areas of research are development economics and economic theory.
Noted historian Ramachandra Guha said that Banerjee’s ground-breaking scholarship apart, he is also a superb cook and a connoisseur of Hindustani classical music.
“He represents the best of Indian culture and scholarship, while always being open to what the world has to offer,” Guha wrote on Twitter while congratulating the Nobel laureate.