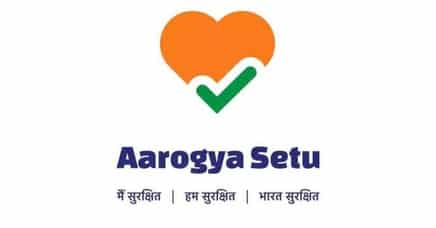 India’s Aarogya Setu tracker app has been given 2 out of 5 points by researchers at MIT Technology Review who compared the COVID-19 tracker apps of 25 countries. The findings of contact-tracing apps were based on their enforcement, handling of data, privacy and transparency dynamics across the world.

The Aarogya Setu app currently has nearly 100 million users. It scored positively on the timely deletion of user data and collection of only useful data but “failed to score on voluntary use, limitations of data usage, and transparency”, said MIT Technology Review.

Their database shows that India’s app is unique in a number of other ways, too.

“Many countries are developing limited services that use Bluetooth or GPS to give ‘exposure notifications’ to people who have interacted with someone found to have COVID-19. India’s app, though, is a massive all-in-one undertaking that far exceeds what most other countries are building,” said the report.

Aarogya Setu also offers access to telemedicine, an e-pharmacy, and diagnostic services. It is whitelisted by all Indian telecom companies, so using it does not count against mobile data limits.

Earlier this month, the app’s developers assured users that it is completely safe while reacting to an ethical hacker’s claim that a security issue has been found.

Niti Aayog CEO Amitabh Kant said that Aarogya Setu has alerted the government about more than 650 hotspots across the country which could have been missed otherwise.
Kant also claimed that the app, which has now been made mandatory for all government employees, alerted them about 300+ emerging hotspots which helped the government take swift action.

Aarogya Setu is a COVID-19 tracking mobile application developed by the National Informatics Centre (NIC) that comes under India’s Ministry of Electronics and Information Technology.