A virtual tour of Orlando for your little ones 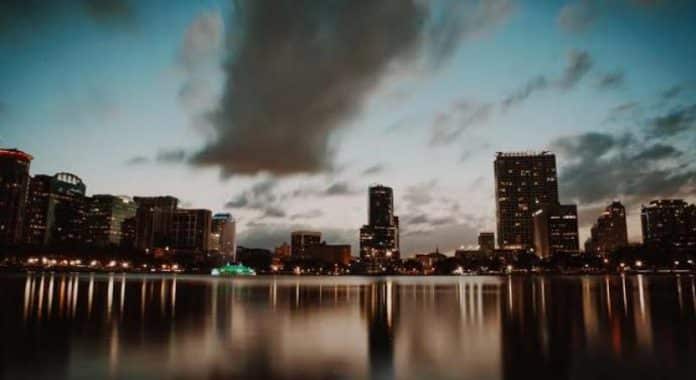 Whether you want to soar down a rollercoaster, or have some fun touring theme parks, a virtual tour of Orlando could be a good getaway for all the young travel-bunnies stuck at home.

“We recognise that now, more than ever, we all want to escape from reality, even if it’s just for a moment. Whether you like floating down a lazy river in one of our resort pools or immersing yourself into The Wizarding World of Harry Potter, we hope these experiences provide a much-needed break from everyday life,” said George Aguel, President and CEO of Visit Orlando.

From the comfort of your home, the ‘virtual visitors’ can now soar down a 200-feet roller coaster drop, watch fireworks over the famous Cinderella Castle, zipline over alligators and even learn from experts how to draw Mickey Mouse, on Visit Orlando’s blog.

Universal Orlando Resort
Travel to different worlds virtually like The Wizarding World of Harry Potter – Diagon Alley and experience the parks with 360-degree videos of some of the most popular roller coasters, explore holiday events and take a closer look into the restaurants that make up Universal CityWalk, on the Universal Orlando Resort’s YouTube channel.

Relax and virtually float through by yourself down the winding lazy river that is part of the 5-acre waterpark located in the luxurious grounds of the Four Seasons Resort Orlando at Walt Disney World Resort.

Explore a lake on a giant swan-shaped boat, through the swan boat ride in downtown Orlando’s Lake Eola Park. Float down the river with gushing geysers at Aquatica’s Roa’s Rapids at the Aquatica Orlando water park, in a virtual action river experience with high tides and gushing geysers.

From Gatorland’s School of Croc, a Facebook live every day at 10 a.m. every showcases animals and adventures. In the afternoon, their YouTube channel shares live-action encounters with animals including Burmese pythons, crocodiles, alligators and monitor lizards. Peak into animal habitats through a new daily video series on Facebook live, from the Central Florida Zoo.

Virtually experience indoor skydiving at iFLY Orlando inside of their high-energy vertical wind tunnels that allows visitors to float on a column of air. Get in the driver’s seat for a virtual race through Andretti Indoor Karting and Games’ indoor track of turns and high-speed chases.

Learn about living in space, Mars and rocketry or tour Space Shuttle Atlantis during a new series of Facebook lives from Kennedy Space Center.

From Disney Imagineers, learn real-world case studies and even design a theme park experience through interactive activities and lessons in theme park design and engineering.

Learn to draw Mickey Mouse as Disney shares a complete series of how-to tutorials on how to draw the famous figure on the Disney Parks YouTube channel. Cast member Stephen Ketchum provides expert tips on how to draw Mickey over the years, from vintage 1920s Mickey to the more contemporary “pied-eyed” version.

Get a daily move recommendation and insider info on the film from a cinematic expert on the Enzian Theater’s Facebook page.

Explore the museum galleries of the Charles Hosmer Morse Museum of American Art via the museum’s website, with PDF versions of the object guides that are normally placed in each gallery. Learn the history behind the museum through two films available for streaming: ‘A Legacy for the Community’ and ‘The Tiffany Chapel: A Masterpiece Rediscovered’.