Dairy-free mithai and thandai? It can be done, says Swati Tiwari 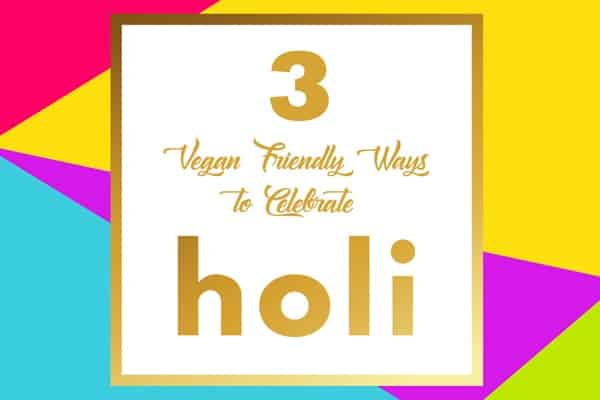 Reading Time: 3 minutesVegan Holi seems like an oxymoron at first – how do you celebrate a festival in which you have to use ghee and milk to make sweets? But it’s not entirely impossible, as Sydney-based Swati Tiwari recently demonstrated.
“Three years ago, I went through a period of shock and depression when I realised the cruelty in the dairy industry,” Swati tells Indian Link about her journey with veganism. “You can imagine my despair because as Indians, milk goes in everything! That was the start, I think.”

In 2016, she created a Facebook group called Desi Vegans of Australia, a small community of like-minded people who want to explore this kind of lifestyle.
On 10 March, this group celebrated their first ‘vegan Holi’. “Holi is a festival of fun and forgiveness and a fresh start. “Celebrating a festival in a kind, compassionate way is the best way to bring people together for a cause, to tell them that it is possible to avoid animal cruelty and still not compromise on the traditional flavours, not miss out on the fun,” Swati explains.

“The first question everyone asked was ‘Gujiya kaise banegi? Thandai kaise banegi?’ We can’t imagine a life without milk, and so that was my chance to jump in and show everyone that it can be done.”
At this year’s Holi, she helped organise a Holi feast with papdi chat, gujiya, chole, pohe and samosa, accompanied of course by thandai. The difference? The entire spread was fully vegan, with milk alternatives and nuts in use.
So confident is Swati about her vegan recipes that she challenged us to a blind tasting and said we wouldn’t be able to differentiate between the vegan and non-vegan dish.

Veganism is a way of life that seeks to avoid, as far as is feasible, any and all forms of exploitation of, and cruelty to, animals. Obviously, there were challenges on the way. Practising veganism isn’t easy, not at first at any rate. “It was so overwhelming because so many Indian recipes use animal products! But even more overwhelming is the pain we put animals through. Pumping chickens with steroids, introducing hormonal changes in cows so they give us milk all year round… I couldn’t live with that kind of lifestyle anymore,” she says.
But animal products percolate every aspect of modern life – clothes and accessories made of leather and wool, skincare and makeup products that are tested on animals. Then come the circuses and zoos where animals are exploited in return for money. “It’s impossible to avoid every single thing, I’ll admit. But I’ve tried my best. We worship elephants as Ganesha, monkeys as Hanuman, so why is the concept of veganism so skewed to us?”

Swati, who came to Australia 20 years ago, adds that her husband and daughter were incredibly supportive. “Veganism is an inner transformation. I didn’t force veganism on my family but I made it clear that I won’t ever cook it or buy it. And they were on board! Sure, there were people around me – friends, in fact – who said things like ‘Krishna used to drink milk, so why can’t we?’”
She adds, “During Krishna’s time, industrialisation hadn’t happened. Cows didn’t get slaughtered. They didn’t get hormonal injections. And why compare ourselves to a god?”
Swati also credits her mother for guidance, whose family generations ago used ‘milk’ from moong dal to prepare their yoghurt.

What’s next for Swati? “I want to make vegan Holi and Diwali an annual tradition. At some point, I also want to start classes where I can teach people how to cook simple Indian recipes without using animal-derived products. They might be small changes, but I think they add up to make a big difference in the end.”
- Advertisement -
Share
WhatsApp
Facebook
Twitter
Linkedin
Previous articleWalking for mum
Next article$340,000 grant to Officer Gurudwara