Being a dance mom…sort of

Usually, it's the dance moms who force their kids into taking a dance class. In my case, however, it was the other way round.

My heart skipped a beat in the darkness of the wings, the stage was a few footsteps away. And there was one thought stuck in my mind: What if I fail? What if I fall?
I still remember the first day Harshala came home, the day my daughters had their first Kathak trial lesson. Of course, they’d much rather have done contemporary or ballet, but I wanted them to give it a go. The girls took to Harshala’s easy going style and sense of humour straightaway but to my horror, Harshala suggested I should learn with the girls too.


My first reaction was a spate of excuses: “No way! I’m too old for that”, “I’m not fit or flexible” and the good old “I have no time!” But the girls jumped at the idea and the rest, as they say, is history.
Sunday afternoons were now dedicated to dance lessons, and before we knew it, we had gone from being a handful to a big group. We spend the first few classes trying to tie the ghungroos, and the next few trying to say Sanskrit prayers and kathak ‘bol’ (words, like ‘dha dhin tin ta’), they were like tongue twisters to all the little Aussie girls! Harshala taught us well, and understandably so. After all, she herself is a qualified and professionally trained Kathak dancer who learnt from masters of the art. I later found out that she also won the 2016 Indian Australian Dancing Star title. We fledgling dancers were in the right hands.

My first reaction was a spate of excuses: “No way! I’m too old for that”, “I’m not fit or flexible” and the good old “I have no time!”

A few weeks into the routine, and we were really beginning to enjoy ourselves, but we never really practised, despite Harshala’s reminders. And then one day, she announced that we’d be performing on stage! Everyone was visibly excited, except me and my teenage daughter, Ananya. She had never danced formally, and I couldn’t even remember the last time I had stepped on a stage.
Practice sessions began in earnest and one thing was clear: we’d get constant encouragement but criticism too. No one was spared, not even the little ones! Sometimes there were tears but now when I think about it, it was well worth it, to everyone.
In March, the stage was set and the excitement in the air was unmistakable. Harshala opened the show with a dazzling performance. Tabla player Nikhil Phatak and harmonium player Chinmay Kolhatkar followed with their powerful performances. Pt. Shaunak Abhishekhi was next, and his rendition of the evening raga Marwa was soulful and set the mood perfectly. The thunderous applause that ensued made me even more nervous.


Finally, it was time. We took our positions and I plastered a deliberate smile on my face, remembering the feedback Harshala always gave us. The familiar beat on the tabla was our cue to start, and we entered and managed to take positions. As the audio filled the auditorium, we found our familiar rhythm and managed our parts with as much grace as possible.
I vaguely remember making a couple of mistakes but powering on so that we looked coordinated. Ananya made sure the younger girls were in line and in my heart I was pleased to see her take the lead and display her commitment. We did our challenging spins and tricky formations, all the girls lip syncing the ‘bols’ perfectly and in time. We finished with a fabulous piece of footwork ‘jugalbandi’ and our hearts filled with joy when the audience applauded! Harshala gave us a nod and that was what made our day!
It’s been a few days since that fateful day but now, my daughters and I can’t seem to get dancing out of our heads and hearts. I find the girls subconsciously tapping their feet and humming to Indian classical music, and it makes me unbelievably happy. What can I say? Mission accomplished!
- Advertisement -
Share
WhatsApp
Facebook
Twitter
Linkedin
Previous articleXenos: An Indian soldier's story told through dance
Next article'Indie music losing out to film industry in India' 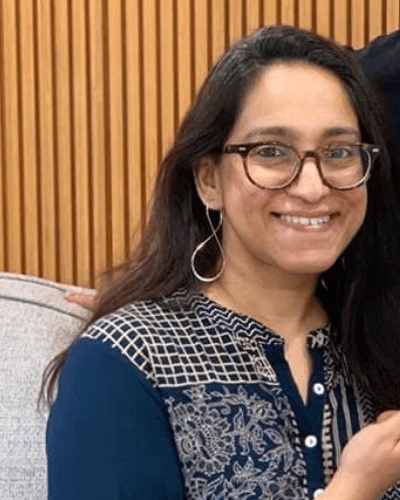