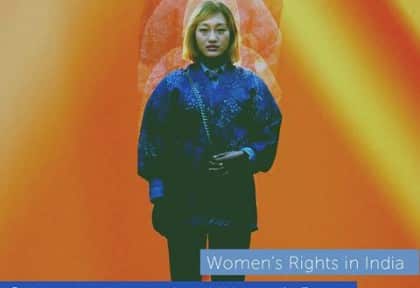 “Between the devil and the deep blue sea.” This is how activist and founder of Naga Education House, Inotoli Zhimomi describes the state of Naga women in India.
Speaking at a panel for International Women’s Day at the Australia India Institute, Zhimomi spoke of the recent turmoil in Nagaland as a result of a proposed 33% reservation for Naga women in Urban Local Bodies. Naga men have been opposing affirmative action since 2006, but after a successful legal challenge, courts ordered the State Parliament to introduce the reservation.

Violent protests ensued, leading to the death of two young men, and the state government were pressured into postponing the elections. Zhimomi and Dr Dolly Kikon, another academic and activist who also spoke at the panel have been actively involved, in the face of several threats, in the campaign currently underway in Nagaland to give its women a political voice.
The panel to commemorate International Women’s Day presented a diverse perspective on women’s rights in India. Staying with North East India, Dr Dolly Kikon talked about the economic mobility of women from Nagaland and Manipur, and how the fact that they looked ‘exotic’, gave them opportunities not in menial labour on cashew plantations and shrimp factories, but in fields like hospitality.
Dr Kikon followed these young women to Pune, Mumbai and Thiruvananthapuram as they pursued careers at high end hospitality venues, and came across the term, ‘shelf life’.
“Shelf life is not only for food, it is for human bodies,” she said. Following the women around, and watching them make choices was hard, said Dr Kikon. “I couldn’t say their choices were wrong, or that the corporations were bad. It’s not black and white. These girls earned money, saved and bought land. They don’t have inheritance rights.”

Dr Amanda Gilbertson, lecturer in Youth and Contemporary India at the University of Melbourne, talked of the diversity in the youth movement post the horrific 2012 rape in Delhi. The protests after the rape were seen more as a youth movement and not a women’s rights movement. She looked at how youth connected with the movement, and presented two case studies that represented two different views on feminism.
Samaanta, a youth-led organisation that has a focus on ‘peace’, and aims to develop young people as actors for gender equality, approaches gender from a personal transformation perspective and is critical of other organisations’ focus on patriarchy. The founders don’t call themselves feminists, and view the term as a political statement.
Pinjra Tod, on the other hand, is a student-led movement to make hostel and paying guest accommodation less regressive and restrictive for women. “Their approach,” Gilbertson said, “Unlike Samaanta, is not peace or personal transformation, but fighting for institutional and social change.”
Pinjra Tod’s statement for International Women’s Day is a play on the 1950 film Mother India and reads, “We Won’t Mother India.” Criticising Women’s Day ‘celebrations’, it says, “A militant history of struggle has been co-opted and institutionalised into a day of ritualistic commemoration, of market gimmicks and ‘spa’ discounts, of institutionalised ‘celebrations’ and ‘seminars’.”
Amy Piedalue, whose PhD research looked at how organisations in Hyderabad work to empower women and specifically address gender-based violence, talked of how the law, even without it actually being used by communities, can be a tool for social reform. The law in question is the Protection of Women against Domestic Violence Act that was passed in 2005.
The organisations (which asked to remain anonymous) use the law in interesting ways. If a woman approaches them for help, but the husband refuses to cooperate, the law is used as a tool to apply pressure: isn’t it better for him to come to them to discuss the issue instead of the wife taking matters to the police?
Also, adds Piedalue, this acknowledges “that police stations can be dangerous places for women”. Fundamentally, it is about women saying, ‘I don’t want to use this law’ and then strategically figuring out, how to still address the violence without losing that tool.
Piedalue also talked of the importance of keeping in line with the women’s desire to stay connected with their community. She challenged the “simplistic…Western feminist construction of feminism as individualised, and as realised through separation from family and community. We need strategies to create safety and justice, and change those spaces rather than force the women to become independent from them”.