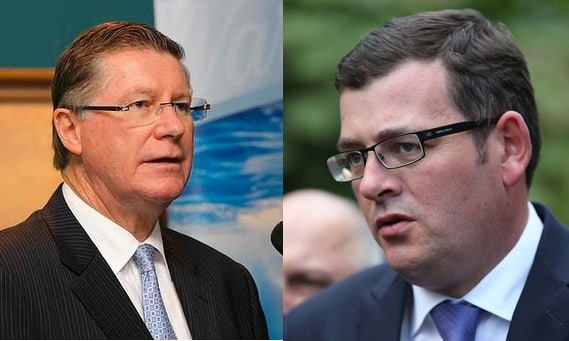 Data was gathered over a period of three weeks in Sept-Oct 2014, from 343 people. While the final analysis seems to indicate a trend towards the Coalition, that the results are close indicates there is still time to swing the vote to the side of Labor and the Greens.

There’s a huge swathe of undecided voters out there for the taking by either of the parties.

However, it seems that Labor leader Daniel Andrews has a fair bit of work left to do in reaching out to the Indian community, picking up just 32% of the votes compared to 68% for Coalition’s Denis Napthine, as preferred leader.

Regardless, for the voters, the name tag attached to the leadership was a low priority in making their decision of whom to vote for, scoring just 4.07%. Economic management of the state turned out to be the largest deciding factor, with 47.15% of the respondents claiming this as guiding their voting decision, followed by policy issues (27.74%). Local candidates of the main parties have not sparked any extra interest, with this accounting for only 2.44% of voting decisions but support for a party platform (Liberal, Labor, Greens etc.) accounted for 18.7% of voters.

On the issue of which political party will be better for the Indian community, the sampled section of the community preferred to go with the Coalition. Over 41% of the respondents felt the Coalition will be good for them, while only 25% felt strongly towards Labor. For about a quarter of the respondents, this issue did not seem to matter.

That the Liberals are favoured by the migrant Indian community is in line with what has been experienced at a federal level and in New South Wales, where Indian Link conducted similar polls. As the community matures from the working class migrant group to those establishing, growing or being involved in small businesses, there seems to be the emergence of a shift away from Labor towards the Coalition.

While we have certainly grown in numbers in recent years, it is also clear that entrepreneurial activity has increased within our community with the new arrivals, who are small to medium business owners rather than those in professions. Doctors and academics made up the early Indian settlers of the 1970s and ‘80s, whereas among the newer settlers a larger number are entrepreneurs. And to them, Liberal is a better fit than Labor.

As regards the influence of federal affairs in their voting decision, the surveyed sample seems to be divided. Federal events at the time of the survey were dominated by the government’s decision to send Australian troops in to the war against ISIS, as well as step up security measures domestically. These decisions won them supporters as well as detractors in the wider community. Perhaps this stands reflected in the India community survey as well, and influenced the responses to this question.

For the community, the most important issue in this election seems to be who will be a better manager of the Victorian economy. 41% of the respondents counted this as the most important criteria for their voting selection. Education and schools came in second at 16.6%, roads and infrastructure and public transport were close in the third and fourth position at 15.8% and 13.3%. In a state where there have been issues of violence, the Indian Victorian community put policing as their fifth most important priority at 11.6%. Interestingly, funding of major sporting and cultural events ranked a low 1.6%.

These results show clearly that Indian-origin Australians, more than anything else, seek proper systems in place for their own job security and businesses to prosper, in a bid to have a better quality of life than what they left behind. This, and their children’s education, seem to be the foremost motivating factors in assessing their lifestyle in their adopted country.

In spite of giving a low rank to public infrastructure projects, on the question of their views toward the East West Link Toll road project, approximately 76% of the respondents were in favour, while 29% were against. This result also sits well with the sample’s overall support of the Liberals, who have initiated this major development which will help the migrant community which has a large population in the west.

While our study of the Indian community’s voting preferences is by no means a clear reflection of the community at large, given our small sample size and perhaps our timing, it is certainly indicative of trends at this stage of the campaign. The significant number of ‘undecideds’ yet again is a telling reminder of the manner in which the Australian voting public has been going about its electoral decisions in recent times. The actual decisions are not crystallised until those final moments, leaving the field open for the more persuasive candidates to get in there and make their case.

There are still opportunities for the political parties to strengthen their hold on the Indian community vote. As of now, it would seem that the candidates need to be much more visible. The political parties have no doubt been reaching out to the Indian community in this election like they have never before, getting out to the gurudwaras and temple celebrations, Independence Day events and Diwali fairs. But are they restricting themselves to the handful of community neta types? How deep is their level of engagement?

With about 15% of undecided votes, each party needs a story to tell to capture their hearts and minds. So far, the incumbent seems to have the edge, but the challenger is not far behind.