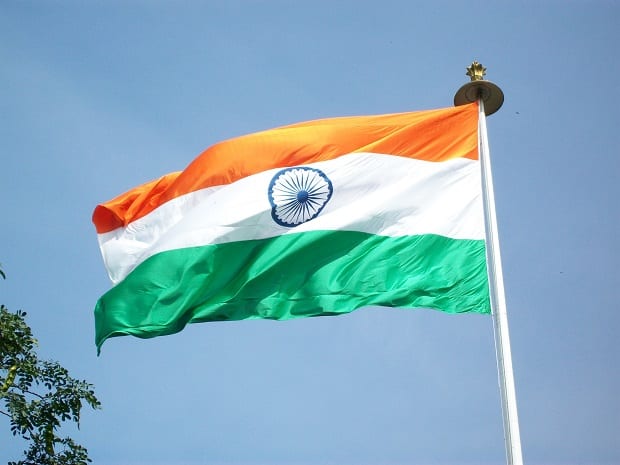 The Indian flag swayed in the wind as members of the Indian community in Australia sang the Indian national anthem.

They were gathered in different cities for the short and simple Flag Hoisting Ceremony conducted by the consulates on India’s Republic Day (26/01).

Consuls General Manika Jain (Melbourne), Arun Goel (Sydney) and Honorary Consul Archana Singh (Brisbane) conducted the flag hoist and read out the 65th 2014 Presidential address to the nation on the eve of their Republic Day.

India’s Republic Day, 26 January 1950, marks the date when the fully-fledged and permanent Constitution of India came into effect. It is the day when this special document assured its citizens justice, equality and liberty, and endeavours to promote fraternity among them. In addition, that day, sixty-four years ago, marked the end of British rule.

In his customary message to the people of India on Republic Day, the Indian President noted optimistically that 2014 will be the year of healing after fractured and contentious politics. The focus will be on the people, Mr Mukherjee noted. This is to ensure economic growth across all sectors, advancements in the education system and a continuing development of a harmonious society that is free from fear.

He concluded optimistically, “2014 will be a year of resurgence”.

And while in India’s capital New Delhi, citizens beat the cold to witness the 65th Republic Day parade at Rajpath, their expatriate cousins in far away Australia enjoyed their own national holiday to take in some Indian culture before heading off to enjoy the festivities of Australia Day. The Melbourne Consulate organised a film screening of a documentary Taana Baana: The Warp and Weft of India, which showcased the gradual revival of khadi handloom weaving. The Sydney Consulate organised a morning of cultural events. The Brisbane chapter kept the celebrations sweet and simple: both Archana Singh and Prof Sarva-Daman Singh, former Honorary Consul, addressed the gathering.

Of course the customary naashta was a welcome addition at each celebration.

And at each event, the Google doodle of the day, marking India’s Republic Day, invariably came up in the conversations!