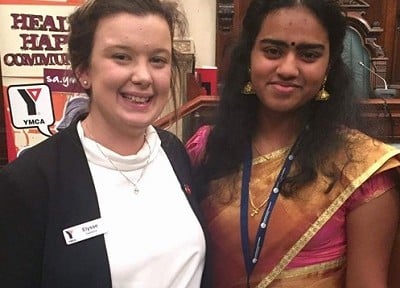 
Women make up approximately 50.5% of the Australian population and hence should theoretically should comprise at least half of the House of Representatives and the Senate. However, the composition of the 45th Parliament has just 29% women in the Lower House and 39% in the Senate. These figures are an improvement from previous years, but still show that women are still under-represented in Australian politics.
Australia also prides itself as a multicultural society, and it certainly is, however this multiculturalism is not reflected in Australia’s political platforms.
The 2011 Census stated that two per cent of Australia’s population comprised of people with Indian ancestry, meaning 1 in every 53 people in Australia is of Indian heritage.  Given these figures, the House of Representatives should have at least three members of Indian heritage, in order to be truly representative. However, this is not the case. The effect of multicultural representative politics is more significant viewed as a whole. At least 26% of the Australian population are immigrants with multi-ethnic ancestry. This would translate into 17 seats in the House of Representatives held by people representing Australia’s multicultural population. The significance of such strong representation would truly be felt in the current parliament, with the Turnbull Government forming a fragile one-seat majority.
Political participation of young people, and especially youth of multicultural backgrounds, cannot be cultivated overnight; it is an arduous, generational cultural shift in the social and political fabric of Australia. The first step to any change is always awareness. YMCA’s Youth Parliament is an apolitical program that facilitates empowering youth to be advocates and leaders in their community. The program enables young people to learn about the legislative process in their state, network with politicians and develop and present issues and ideas that will better their states. In my experience, Youth Parliament is about personal development, about breaking down barriers and negating youth disenfranchisement in politics.
Australia is a democracy. Hidden within that simple statement is much political, philosophical and social controversy and influence that shapes the society we live in. A democratic political system operates on the premise that power is vested in a nation’s citizens, and one of the ways in which Australians exercise this power is through their vote. Politicians are elected by the people to represent them and their interests – the key word in that sentence being ‘represent.’ The requisite relationship between democracy and representation is aptly presented in this quote by James Bovard; “Democracy must be something more than two wolves and a sheep voting on what to have for dinner.”
If you are aged between 15-25, apply for Youth Parliament 2017 in your state and be a young leader in your community. I can truly say as a young, Indian woman interested in politics, my time in Youth Parliament has made the looming glass ceiling between me and my ambitions a little weaker and my confidence and self-belief far more resolute.
- Advertisement -
Share
WhatsApp
Facebook
Twitter
Linkedin
Previous articleExploring new education opportunities
Next articleFreedom: One spirit, many forms