The right to offend, insult and humiliate 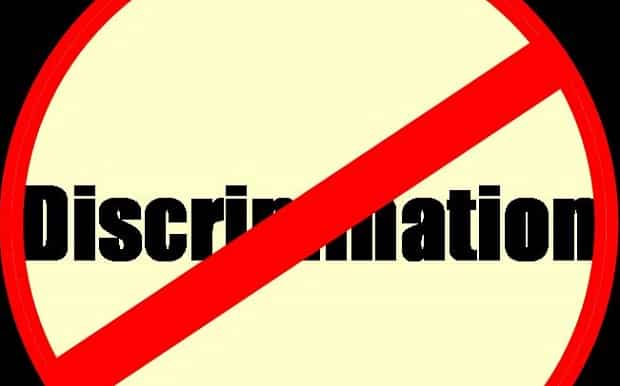 “People have a right to be bigots, you know. In this country, people have rights to say things that other people find offensive or bigoted”. This comment came from the chief law officer of the Commonwealth of Australia, a minister of the Crown, Attorney-General George Brandis. Mr Brandis is explaining the rationale behind the Abbott government’s latest endeavour – amending the Racial Discrimination Act in several ways in order to restore ‘freedom of speech’ in Australia – which he argues is being threatened by the existence of such laws. Although Mr Brandis has, amid growing tension, been forced to settle for a ‘draft exposure bill’ which will allow for community groups to react to the changes and give the government fluidity moving forward, it’s important to take a closer look at the proposed reforms and the impact they might have on our society if passed.

There’s no other way of putting it – the proposed reforms are a very significant watering down of the Racial Discrimination Act 1975. The amendments will repeal or amend four sections of the Act.

Currently, it is unlawful for a person to do an act that is reasonably likely to offend, insult, humiliate or intimidate another person or group of people on the grounds of race, colour or national or ethnic origin. If the new law passes as proposed (which is in itself uncertain), it will only become an offence to ‘vilify or intimidate’ against a person on those grounds.

In other words, under the proposed amendment, it will be permissible to offend, humiliate or insult an individual on the basis or race, as long as the conduct does ‘incite hatred’ against the individual or cause fear of physical harm.

Currently, artistic works, genuine academic debate or research, and the publishing of reports in the public interest, are generally exempt from the provision that makes it illegal to offend, insult or humiliate an individual based on race.

These exemptions are soon to be replaced with sweepingly broad exemptions that exclude from the reach of the section, communications in essentially all ‘public discussions’ – whether they are in reference to a political, social, cultural, religious, artistic, academic or scientific matter.

Act done for two or more reasons – 18B

One section being repealed, but not receiving much media attention, is section 18B. Right now, if an individual carries out an act for two or more reasons, and just one of the reasons is race, colour or ethnic origin, the act will be considered to have been committed for that reason. It does not need to be the main or dominant reason.

However, under the proposed reforms, race and colour essentially need to be the ‘only’ reason for the act in order to be considered unlawful. It will thus become a much higher threshold for a complainant alleging racial discrimination.

The reforms will also repeal section 18E, providing vicarious liability for employers of individuals who engage in racial discrimination.

It is clear there’s far more to the proposed reforms than first meets the eye, and it is difficult to predict the impact the reforms will have on Australian society. Bigots, as they always have, will continue to be bigots regardless of societal expectations and norms. Repealing or keeping various sections of the Racial Discrimination Act probably won’t make a difference in that respect. In fact, it’s very rare for a discrimination complaint to reach the legal system, as complaints are usually resolved by private conciliation.

However, the symbolic act of removing protective provisions such as sections 18B, 18C and 18D, could be a proverbial green light for some individuals to make racial slurs, as long as they are not making physical threats. And this is what cuts to the core of the problem: although not every incident of racial discrimination leads to a fear of physical violence, every single incident is demeaning and damaging.

The Australian Human Rights Commission is gravely concerned by the changes, even though the body is itself a strong campaigner for an Australian Bill of Rights, which would certainly protect freedom of speech in Australia. Several studies have shown that racism is linked to emotional and behavioural difficulties, particularly for those from an Aboriginal and Torres Strait Islander background.

Mr Brandis says “those three words – offend, insult and humiliate – describe what has sometimes been called hurt feelings. It is not, in the Government’s view, the role of the State to ban conduct merely because it hurts the feelings of others”. However, with all due respect to George Brandis and Tony Abbott, it is very difficult to reconcile their social experiences with those of Australians who have been exposed to racial discrimination. Of course, Mr Brandis has every right to legislate on matters that affect non Anglo-Saxons. But it is his comments that trivialise the issue to “hurt feelings”, that bleed ignorance and help perpetuate racism in the small factions of society that still think it is appropriate or tolerable.

To those who have been affected by it, racism is an abhorrent experience. Society is a better place without it. The current protections offered to individuals engaged in genuine academic and scientific debates are adequate and broad enough to allow free, uninhibited but informed discussion on sensitive issues while continuing to protect Australia’s multicultural society.

The draft exposure bill is ticking time bomb – but we’ll have to wait to see how big the bomb will be.