The need for social justice teaching 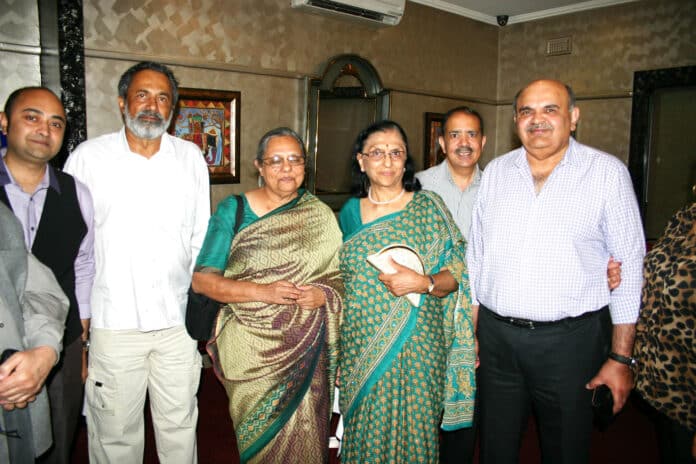 “Domestic violence as a behaviour is no different whether you are in South Africa, India or Australia; the difference is how it is dealt with. It depends on the resources available in each country, the laws that govern them and the social acceptability”. This comment came from Ela Gandhi, granddaughter of Mahatma Gandhi, on her recent visit to Australia. Ela Gandhi is a renowned peace activist, and a former member of Parliament in South Africa, and former Chancellor of the Durban University. She is currently Honorary International President of the World Conference on Religions for Peace. Ms Gandhi was in Australia to interact with people and organisations to discuss and promote peace and non-violence.

As a social worker, freedom fighter, peace activist, parliamentarian, academic, publisher and author, Ela Gandhi is an extraordinary woman with an extraordinary pedigree. Born in South Africa to Mahatma Gandhi’s second son Manilal Gandhi, Ela grew up in an ashram of the Phoenix Settlement in Durban. She worked actively to support the struggle against apartheid. She was banned from political activism in 1975 and was put under house arrest for nine years. Ms Gandhi continued to work underground and is said to have lost one son to the struggle. She was instrumental in developing a 24-hour program against domestic violence. She is the Founder and Chair of the Mahatma Gandhi Development trust, and is the publisher of Satyagraha, one of the oldest newspapers in South Africa. Ela Gandhi has been the recipient of several awards including the prestigious Padma Bhushan award from the Government of India in 2007.

On her first day in Melbourne, Ms Gandhi was the chief guest at a dinner event hosted by VFS Global Services at Tandoori Den Restaurant in Camberwell. A select audience was invited to meet the peace icon and interact with her over a sumptuous vegetarian meal. Shabbir Wahid, Director VFS, welcomed the guests and made a brief presentation on domestic violence and the FV initiatives for the Indian community. His presentation outlined the ‘Don’t Suffer in Silence’ campaign funded by VIC Health. The campaign involved distribution of DVDs, posters and brochures to the Indian community through media, grocery stores and at community events. As part of this campaign, interviews were conducted with women experiencing violence, and with psychologists. Referrals were made to mainstream services in a bid to assist victims of domestic violence within the Indian community.

Mr Wahid also spoke at length about the Healthy Relationship in a New Culture (HRINC) initiative funded by FaHCSIA and delivered by Spectrum Migrant Services. The primary objective of this initiative is prevention of violence against women; the aim is to achieve this through respectful relationships and communications. The HRNC recently offered a 16-hour training of 4 hours each to 30 participants from the community who graduated as healthy ambassadors. Some of the participants were present at the dinner event to share their experience with Ela Gandhi and other distinguished guests that included business and community leader Neville Roach AO, Cardiologist Dr Jeetu Vohra OAM, VMC Commissioner Srini Srinivasan, President of Bhartiya Vidya Bhavan Australia Gambhir Watts, among others. Later during her visit Ms Gandhi also visited the Victorian Women’s Domestic Violence Crisis Service (WDVCS) at North Melbourne to discuss domestic violence against women.

In Melbourne, Ms Gandhi gave a public lecture at the Australia India Institute (AII) chaired by Dr Thomas Weber, Faculty of Humanities and Social Sciences at La Trobe University, and another at UNSW, Sydney entitled, Building a culture of nonviolence: the legacy of Mahatma Gandhi. This lecture was introduced by His Excellency Mr. Biren Nanda, High Commissioner for India. Ms Gandhi’s lectures focused on the treatment of women by society, and the importance of developing a culture of nonviolence and strategic interventions in education by introducing nonviolence at various levels of academia. She feared that social justice teaching was losing traction. “The present education system is producing highly skilled people but it is not producing good human beings,” she said. “There needs to be changes to the school curriculum so that young people learn about non-violent communication in their early years and through to their tertiary education.”

In Sydney, Ela Gandhi officially opened the International Centre of Non-violence, Australian branch, in partnership with Bharatiya Vidya Bhavan Australia. She is currently the vice chairperson of the International Centre of Non-violence in South Africa. The centre has been working for the past 43 years to educate children on non-violence. The Sydney centre is also expected to examine education as a way of transforming the community. According to the soft spoken, 72 year old, Ela Gandhi Mahatma Gandhi’s essential values of nonviolent action, social justice and respect for women and nature remains alive at all times, and continues to be relevant in the current time, but she admits there are challenges to overcome in adopting the non-violent approach.