The importance of primary prevention 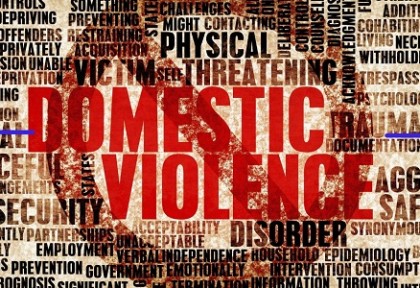 Cultures. Norms. Practices. These are the three things said to be at the heart of the tragically high incidence and prevalence of violence against women in Australian society. Primary prevention efforts are aimed at changing these three variables, about taking action to address these societal drivers of violence against women to prevent violence from occurring.
A panel discussion comprising researchers, academics, practitioners and policy advisors, “Primary Prevention of Violence Against Women: From Local to Global” organised by RMIT’s Gendered Violence and Abuse Research Alliance (GeVARA) discussed the importance of, and approaches to, primary prevention.

Dr Anastasia Powell, founding member and co-convener of GeVARA, who opened and moderated the discussion, explained how women tend to face violence in a private space, and at the hands of their male partners or ex-partners, which is a significant barrier to seeking justice. Women with disabilities and women from culturally and linguistically diverse (CALD) communities face additional barriers such as language barriers, cultural issues and lack access to services. These barriers, and fear of repercussions are why a large majority of women don’t report violence. Also, the violence doesn’t end when they leave.
“This is why primary prevention is important,” said Dr Powell. “Because if we only direct our efforts to stopping violence that is already occurring, we will forever be righting wrongs and piecing together lives of men, women and children back together.”
The discussion kicked off with the panel reflecting on current efforts. Kim Webster, who manages the National Community Attitudes Towards Violence Against Women Survey (NCAS) talked of how responses to violence have improved, but the prevalence of violence hasn’t changed since the 1980s. Dr Larissa Sandy, lecturer in justice and legal studies at RMIT, whose work focuses on gender and sexuality in Southeast Asia said, “It is a community approach. If we don’t work on the risk factors (in the community) that cause violence, patterns of violence will continue and we will see very little change.”
Dr Loren Days, senior policy advisor on intersectionality at OurWatch, delved into these risk factors. “Evidence shows that a context where women have less power, value, dignity, choices, agency…is a context of gender inequality, which is the root of violence.” Primary prevention is about changing that context of gender inequality.

Damien Grenfell, Director of the Centre of Global Research, RMIT, and research advisor on NEBULAN, a program to end violence against women in Timor Leste, took a more personal approach. He reflected on his experiences of masculinity when he first started working in the university sector, and its implications on broader culture. “I witnessed acute inequality, and I saw how (female) colleagues were judged in sexual terms rather than for their creative attributes and merit. I saw how women who were hired as researchers dropped off but males would continue.”
Emma Fulu, founder of the Equality Institute, went one step further to say that primary prevention is not simply the absence of violence, it is where everyone across the board has equality and can live with dignity.
“Goals like universal education, inclusion in health care, safe cities and so on can’t be addressed if we don’t work on preventing violence against women,” she said. “The benefits of preventing violence are far beyond just the cost of violence. It is beyond our imagination how much we can improve so many aspects of society if we address this issue.”
On attitudes, cultures and practices that contribute that gender equality, the workplace was identified as a place to target primary prevention of violence against women. Dr Sandy said that workplaces could contribute by training staff to recognise signs of DV, run bystander action campaigns, conduct gender audits, have family violence leave policies, and train their staff to combat gender bias.

Dr Days from Our Watch talked of intersectionality, or the structural and social challenges and discrimination as a result of one’s identity or ability: ethnicity, disability, gender, sexual orientation, etc, and how prevention policies must be adapted to assist different  communities. The probability of violence against women increases when their gender intersects with, say, disability, or a minority ethnicity. While taking an intersectional approach to prevention, “A lot of coordination has to happen between multiple sectors, which hasn’t always happened,” said Dr Days.
Dr Grenfell talked of his experiences in Timor-Leste, but cautioned that it was easy to dismiss violence as being a ‘cultural’ problem.
“Violence is violence is violence,” he said. “We shouldn’t seek to create idealised versions of our own society (in Australia). We need to confront the reality that both societies are violent.”
Dr Emma Fulu talked of overseas primary prevention education programs that show promise. These included community programs, school based programs and parenting programs. “Programs that address root causes such as masculinity and gender equality, and programs that work with both men and women are effective.”