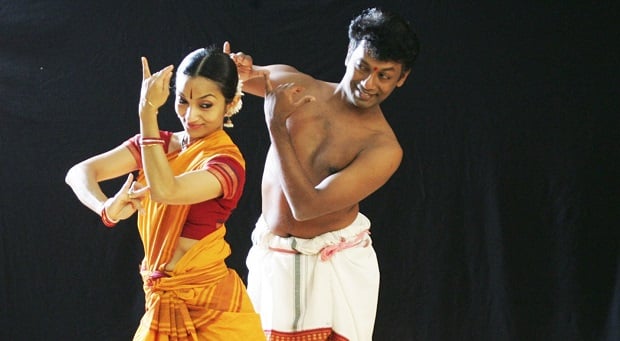 When it comes to presenting the best of Indian fine arts to Perth audiences, the Temple of Fine Arts (TFA) is a well-known name. The TFA organises and manages the Swan Festival of Lights, an annual Deepavali event which puts up a rich feast of multicultural dance, music and artistic performances. Their many production achievements include Indian dance-drama adaptations of A Midsummer Night’s Dream, Swan Lake, and the Chinese mythology tale Butterfly Lovers, along with a number of Indian epics including the Ramayana and Shakuntala. Established in 1981, the organisation has centres in Malaysia, India, USA, Singapore and in Perth, Australia.
Indian Link caught up with Sukhi Shetty-Krishnan, Director/Artistic Director of TFA, to get an inside view of the organisation and the vision behind it. There are a few international directors and she is one of them. How did it all start? Sukhi explains that the TFA started in 1981 when founder Swami Shantanand formed a little prayer group to celebrate Navaratri and other Hindu festivals.
“There were a couple of accomplished Kathakali and Bharatnatyam dancers in the group,” explains Sukhi. “To promote Swami Shantanand’s vision, the group decided to teach children about Hindu mythology through dance and music. Though primarily focused on Indian classical fine arts, the Swami’s vision was much more broadminded. His vision enveloped different forms of dance and music, not just Indian”.
“He introduced jazz as well, for example, and made us aware and accepting of other forms of dance,” Sukhi reminsces. The vision also encourages the ideal of self-growth through the development of discipline, humility and love as part of learning the art form.
In 2004, the Swami developed a plan specifically for Perth, resulting in the creation of the Saraswati Mahavidhyalaya (SMV), where he stated that 64 arts would be taught in various genres including visual arts, poetry, music, dance etc. The educational and learning aspect of the dance forms comes under the ambit of SMV, and TFA is its performing wing. TFA allows students and teachers to perform and exhibit their talents to the wider community.
There are about 200 students of SMV learning various dance forms like Odissi, Kathak and Bharatnatyam. A Bala Vihara is also conducted where children can learn mythology through dance and music. Bollywood dancing, didgeridoo and African percussion, tabla, veena, guitar, flute and keyboard are all part of the rich variety of programs on offer at SMV. The programs are for children and adults, but age is no bar, explains Sukhi.
What plans does TFA have for the future?
“One of the short-term goals is to get another schooling centre open in the city which would be able to cater for the community that is north of the river,” states Sukhi. “Besides this, there is the Swan Festival of Lights scheduled later this year during Deepavali, for which local and international talent would need to be organised and managed”.
A long term and ambitious dream project for the TFA, SMV and its affiliate bodies is to create an Art Sanctuary to be located at Kelmscott on 15 acres of land. It is envisioned that the Sanctuary would be a centre modelled on the Indian Gurukul system, providing education and workshops in holistic health, art, dance, music and yoga.
As the TFA is a not-for-profit organisation, what motivates the members of the organisation to keep going and growing. “The Swami’s teaching is to love, serve and give. When we see students enjoying their performances and the delight of the audiences… that’s the satisfaction that motivates us,” reveals Sukhi. She relates an interesting anecdote from the Swan Festival of Lights (SFOL) conducted last year.
“During the Ramayana performance, on one of the days, we had disruptions and performance cancellation due to rain,” she recounts. “The students were upset, especially the little ones who were enacting the monkey battalion. We decided to do the enactment on the grass, instead of the stage. The enthusiasm of the kids was amazing as they slipped and danced on the grass and in the rain. It was better than on the stage, because there was closer interaction with the audience, many of whom expressed their appreciation”.
With a growing interest in Indian art form and various dance schools coming up all over the city, how does she see TFA as being distinct from the others?
“Though the SMV teaches various dance forms like Bharatnatyam or Odissi in separate categories, the TFA brings these different art forms together in its productions. Whatever movement best conveys the message is utilised,” reveals Sukhi. “As Swami Shantananda’s vision envisioned the unity of various disparate art forms, TFA seeks to implement that vision in its productions. This is not always the case in other schools,” she claims. Having said that, she points out that far from being competitive, she would encourage every school that seeks to educate the community in the richness of our classical art forms.
How does Sukhi see the work of TFA affecting the wider Australian community?
“Indian fine arts are increasingly being seen as a link which can bring India and Indians closer to the wider Australian community. The Swan Festival of Lights sees a wide spectrum of people attending the shows, and significant numbers of them are local Australians who appreciate the dances, the music and the food,” she explains. There are currently at least 10 local Australian students learning at the SMV. Many Australian ministers see the opportunity for arts to create a stronger link between the two communities and countries. There is even some interest from the local community to celebrate the Deepavali festival together. She jestingly remarks that the time might come when Deepavali could even be a public holiday!