Ten Heads Are Better Than One 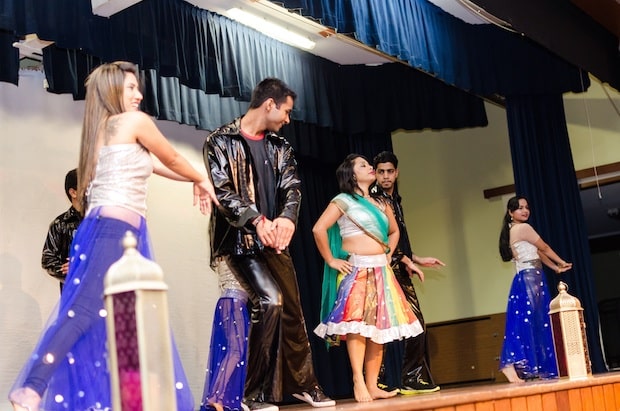 Reading Time: 3 minutesIt was a night of trivia fun at the Light for Life fundraiser, writes ARUNA GUPTA

Did you know that the average person produces enough saliva in their lifetime to fill two swimming pools? Or that glass is made of sand? Or that a lightning bolt is four times hotter than the sun? These were the type of questions asked of the 320 guests at the Light for Life Trivia night, held last month at the Don Moore Community Centre.

Many months of hard work and preparation by Swati Jain (an accountant by profession), brother Tanmay Jain, and her teammates, culminated in a three-hour long trivia night full of fun and entertainment. This charity event was organised to raise money for the Chris O’Brien Lifehouse, a state-of-art cancer centre at the Royal Prince Alfred Hospital, Sydney.

Swati and Tanmay’s father, Navin Jain, passed away from cancer in December 2009. During his treatment Swati gained firsthand experience of the dedication, support and wonderful work done by the medical staff. This gave her the impetus to support other cancer sufferers by raising funds for charity.

By organising a trivia night for the community months in advance, participants were able to choose their teams. There were about 32 tables, with 8-10 people on each team, competing against each other. There were children, teenagers and older people. From working together on questions to joking around, participants had fun with each other, creating a stimulating environment filled with friendly competition.

Each round of the trivia had a theme ranging from Bollywood questions to general knowledge using audio, visual and paper questions. The variety of questions, including some very obscure, challenged the audience and included something for everybody.  Even six-year-olds were contributing to the trivia answers! To add a bit of spice to the night, each round of trivia questions was interspersed with entertainment, ranging from Bollywood dances, to hip-hop and classical music routines.

Swati Jain was a great host and her charismatic personality won over the crowd. Swati guided participants through a lovely, enjoyable, fast moving night of trivia fun, with the evening culminating in a live auction. There was tremendous team work at play with friends and community members contributing in their own small ways to make the evening a success.

It was a night of bonding and learning, and everyone left feeling a genius! On the night, Swati raised $10,800. This is the fourth time Swati has organised a fundraising event and it is getting better each time. To date, she has raised $190,000 for cancer charities.

The Lifehouse organisation was named after Dr Chris O’Brien, a head and neck surgeon at Royal Prince Alfred Hospital, made famous by the Channel Nine program RPA. He believed Sydney would benefit from a dedicated cancer hospital that both treated patients and conducted research.

His death in 2009, of brain cancer, helped generate momentum for the creation of the Sydney Cancer Centre. The mission at Chris O’Brien Lifehouse is to improve the quality of life of cancer patients, carers and their families, by advancing the understanding, diagnosis, treatment, cure and prevention of cancer.

The organisation began with an ambitious plan to transform cancer care by creating an integrated and patient-focused centre of excellence. With people like Swati supporting the cause, that dream is becoming a reality, as they have opened their state-of-the-art $260 million facility to patients.

Lifehouse is more than a new building, it is about creating a new kind of cancer organisation with patient care at the centre of everything they do.