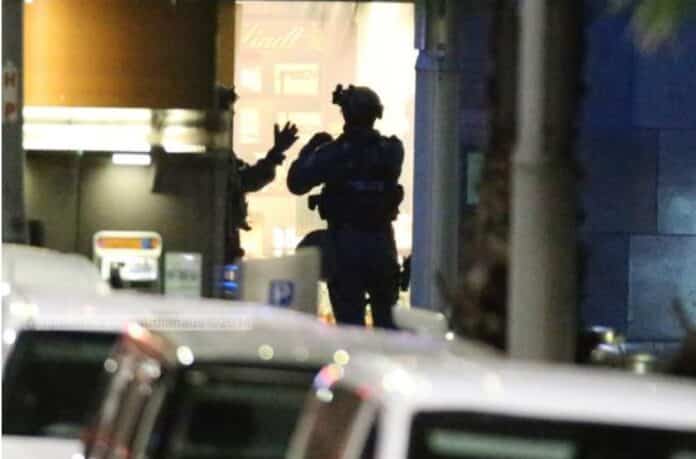 Reading Time: 3 minutes The 16-hour siege ended in the early hours of the morning on 16 December after police stormed the Lindt cafe in the heart of Sydney where an Iran-born cleric had taken around 30 people hostage

One of them was Ankireddy Vishwakant, an employee of software major Infosys who hailed from Guntur in Andhra Pradesh and was recently granted Australian citizenship.

“Thank God! This is a big relief for us,” said Ankireddy’s father Ishwar Reddy at his house in Guntur town, about 300 km from Hyderabad.

The Australian media said two people were  killed in the police operation, along with the hostage taker, Man Haron Monis, a 50-year-old who had been granted asylum in Australia in 1996.

TV clips showed him as a bearded man wearing white headgear who had been previously charged with sexually attacking seven women and trying to kill his former wife.

An unspecified number of people were also wounded Monday. Several people were taken away on stretchers.

“Yes, yes, he has escaped. It is good news,” an elated Deputy Consul General in Sydney Vinod Bahade told IANS over the telephone, referring to Vishwakant. “Yes, it is over,” he said of the hostage crisis.

The Indian government confirmed that two Indians had been held hostage and both had survived the ordeal.

The police operation followed several hours of tense suspense when Australians remained glued to televisions, and the Indian community in all Australian cities prayed for the safe release of the hostages.

Police had told Vishwakant’s wife in Sydney that they hoped to end the hostage crisis – which happened just before Christmas – within a day. They kept their word.

Within minutes, several hostages were carried away on stretchers by police personnel and paramedics.

The siege was over.

The chilling incident took place in Sydney’s central business district and barely 400 meters from the Indian Consulate, which was promptly evacuated.

Also located in the vicinity are the offices of India Tourism, State Bank of India, Bank of Baroda and New India Insurance.

Indian Prime Minister Narendra Modi – who was in Sydney in November – was among the first to condemn the attack.

“Such acts are inhuman and deeply unfortunate. I pray for everyone’s safety.”

The anxious hostages were earlier seen standing with their hands raised at the expansive French windows of Lindt Chocolate Cafe at Martin Place.

A black and white apparently jihadi flag was held up in one window.

Indian diplomat Bahade said that soon after the hostage crisis began, the Indian consulate was evacuated.

“We have not shut it. Work will resume once the problem is solved.”

Five hostages fled in the early part of the saga, and their desperate dash to freedom was caught live on camera.

The armed man demanded an Islamic State (IS) flag and said he wanted to talk to Prime Minister Abbott. Possession of the IS flag is illegal in Australia.

Like all Australians, the 350,000-strong Indian community in Sydney were worried.

The hostage taker claimed he had planted bombs in the cafe and elsewhere in the city.

The three men and two women who escaped from the cafe said the man forced his captives to call him “brother”.

Nearby streets were cordoned off. Train services were shut down nearby.

Police also evacuated the nearby Sydney Opera House and shut down traffic on the Sydney Harbour Bridge.