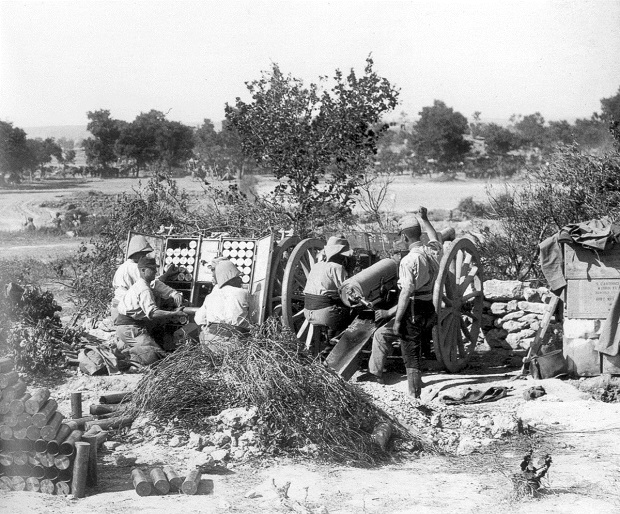 To The Point: An exclusive conversation with Australian PM Tony Abbott

Major General Vikram Madan is quick to counter any claims that he is in a “battle” or “fight” with Anzac authorities.

As a hardcore army man, he knows better than to use such terms.

So how would he describe his ongoing ‘engagement’ with the South Australian Anzac Day Committee?

“It’s a humble request, really,” he says with Gandhian simplicity. “A request to allow Indian veterans to participate in the annual Anzac Day parade, in the light of our huge contributions in both World Wars in general, and at Gallipoli in particular”.

To Australians, Anzac Day is a highly significant day in their calendar. The Anzac spirit is part of their psyche and they treasure it dearly, not easily sharing it with those who don’t have a valid or strong claim. This is understandable, and indeed, this is the way a proud community should uphold its traditional values. Perhaps it is in this light that the South Australian Anzac Day Committee decided to decline a request from the SA Indian Defence Club to join the Anzac Day march at this year’s parade, or at next year’s 100th anniversary of the Gallipoli campaign.

And yet, Madan’s cause is one that will bring due recognition to his fellow warriors and respect for the thousands of soldiers who fought beside Australian Diggers at Gallipoli, and even paid the ultimate sacrifice. Such recognition, Madan points out, will eventually flow on to strengthen the bonds between India and Australia at the national level, and at the local level, help the growing Indian community to be seen as part of Team Australia.

It seems that those who opposed the Club’s request have suggested that the Indian veterans should march in the ‘next of kin’ category, despite the fact that they are ex-servicemen with proud records of soldiering under their belt, and of being allies of Australian forces in both World Wars.

The ‘next of kin’ suggestion must surely rankle with Vikram Madan, who gave 41 years of his life to the Indian Army. In his career he saw action in the Bangladesh war, in Sri Lanka, and during the insurgency operations in India’s north-east. He served 11 years in high altitude postings including Kargil at the India-Pakistan border, and commanded a Division in Punjab/J&K, fighting militancy. He was decorated twice by the President of India (2000 and 2006), with the Vishisht Seva Medal, a decoration awarded to recognise “distinguished service of an exceptional order”.

“The Army life is the only life I have known, ever since my teens”.

All he wants in his retirement now is to be able to pay an Anzac tribute to his forebears, in the land that he now calls home.

Indian veterans in NSW, Victoria and WA have for a few years now marched in the annual Anzac Day parades as allied returned servicemen. In Sydney, Indian participation was welcomed by the RSL in 2007, and for the past two years, there have been not one, but two contingents marching (Sikh Regiments and Indian Defence Forces). At the Perth parade, three Indian contingents took part this year (WA Sikh Band, Sikh Ex-Servicemen and Indian Ex-Servicemen’s Association). The Melbourne parade has a small Indian participation too.

The SA Indian Defence Club, made up of 15 former Indian officers who have migrated and settled in the state, seeks the same privilege and honour.

“There are many Indian people living in SA and they too want to show their commitment to the Anzac Day tradition,” says Vikram Madan. “Of course we don’t want to take anything away from the Australian or New Zealand forces, even though our casualties were considerably more than New Zealand’s”.

There is a sentimental interest as well, Madan reveals. The Gurkha Regiments fought at Gallipoli, and Madan himself has served with the Gurkhas. As Commandant of the 58 Gurkha Training Centre at Shillong in India’s north-east – where a giant portrait of him still stands in the Officers’ Mess – Madan identifies himself very closely with the Gurkha cause.

Support from the public

Major General Madan himself will not refer to the Anzac refusal as a “snub”, but Adelaide’s only daily, The Advertiser, did the talking for him on Wednesday 27 August when it ran the large bold headline Anzac March Snub. The front page news report said, “SA Indian community has been snubbed by Anzac Day organisers who will not allow representatives to march in honour of 15,000 of their countrymen who served alongside Diggers at Gallipoli”.

Backing its front page story, The Advertiser wrote in its editorial: “There are many groups, nationalities and ethnic interests which all hope to be part of the Anzac tradition, none with more valid a claim than the Indian ex-servicemen who have made Adelaide home… It is important to recognise that Australian and New Zealand troops were not alone at Gallipoli and failure to do this would be incongruous with the Anzac spirit itself”.

It concluded “…there is nothing that would suggest the inclusion of such a brave and loyal ally would do anything but enhance our Anzac March”.

Letters from readers flooded in the days following, largely in support.

Reader Mathew Swan wrote, “The fighting component of Anzac comprised 23 infantry battalions, 15 from Australia, 5 India and 3 New Zealand…Of 5010 Indians who served 1926 died and 3863 wounded. NZ and Australia had a larger contingent and their killed were 2714 and 7594 respectively”. He concluded, “This anomaly should be corrected and the contribution of the Indian troops acknowledged”.

Estelle Morgan wrote, “It is about time the organisers woke up as to who was friend and who was foe”.

Peter Trapp said, “If you exclude the Indian component, then you also exclude the Americans, the Free French, the Greek and the Dutch… I am surprised the Indian forces have not been represented previously as several other Commonwealth nations”.

In his long letter reader Dennis Coleman wrote “If 15,000 servicemen from India’s 29th Infantry…either fought alongside Australian Diggers or were a crucial part of the supply line…this would imply a strong case for them. Allow them to proudly join the 100th anniversary…”

Among the dissenters, one writer said, “Should this occur I suggest, respectfully, the renaming of Anzac to Ainzac. All else considered it will at least sound reminiscent of the Australian Twang”.

In a similar vein, W.E. Denny wrote that no foreign servicemen who served only in foreign wars not involving Australia were allowed in the march and “why should this group be different.” These men were given the opportunity in the “next of kin” section (in 2011) but had refused. “Their refusal suggests to me that this is more about their egos than commemorating their forefathers…”

In contrast, the Vietnam Veterans Association has given its full backing to the Indian veterans’ claims. Its president Michael Benyk said, “I can’t understand if you are on the allied side in WW I and II why you can’t march… When we came from Vietnam, the RSL didn’t want to have anything to do with us and didn’t classify the Vietnam War as a war either”.

With so much public support from the press and the public, it is not surprising that the RSL is reported to be having a review. Maj-Gen. Vikram Madan says his group will apply again and is hopeful the ban will be lifted for the 100th anniversary next year. Fuelling his hope is the indication from RSL State President Brigadier Tim Hanna who said he had sympathy for the Indian cause and another application would be considered.

In his most interesting letter to the paper, Ken Madigan of Pt. Pirie narrated the well-known story of an Australian stretcher bearer John Simpson, who, having lost contact with his unit, attached himself to the Indian contingent. In the next 24 days he rescued hundreds of wounded Diggers on his donkey’s back until he was shot. Ken concluded, “The Indians called him ‘Bahadur’, bravest of the brave. I believe Simpson would expect that his Indian comrades should be among those honoured on the centenary of Anzac Landing”.

Vikram Grewal of Sydney, who was instrumental in getting an Indian contingent accepted in the Sydney parade and who has been participating since 2007, tells a similar story. An Australian veteran he met recounted to him the story of how he actually tracked down the descendants of a Sikh soldier he had fought with in World War 1, such was the impact the Indian had had on him.

Do we sense peace breaking out? Here’s to seeing our veterans in Adelaide marching alongside the Diggers next year, like they do at Sydney, at Melbourne and at Perth.

Indian Armed Forces veterans in Adelaide who wish to be part of Vikram Madan’s campaign may contact him on 0431 194 854 or on vikram.madan@hotmail.com