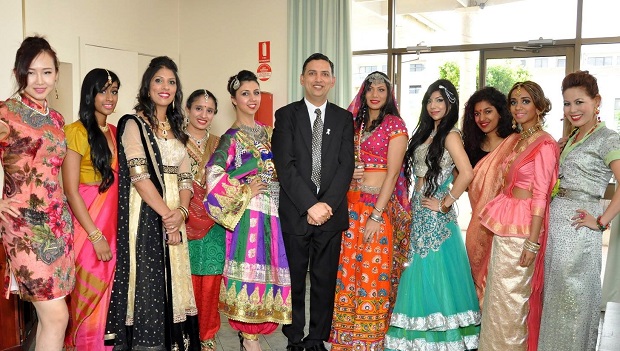 Do you know that according to the United Nations, 200 million girls across the globe are missing? Do you know that in countries like India, China and several other parts of the world girls are killed, aborted and abandoned simply because they are girls? Have you heard about the Indian woman who strangled eight daughters as soon as they were born, and lived in the hope of having a son? Do you know that even today in villages in India, some people kill their girl child at birth by feeding her poisoning milk or putting a wet cloth on her mouth so she stops breathing? Now did you shield your eyes with horror, did you feel bad for some time or did you simply shrug indifferently as ‘it does not happen in Australia’? Whatever your reaction may have been, you cannot escape the awful fact that ‘gendercide’ is still prevalent across the globe and that the three deadliest words in certain parts of the world are: ‘It’s a girl’.

The South Asian Community Link Group (SACLG) celebrated International Women’s Day recently by zooming in on this issue through display and discussion. Shadowline Films’ thought-provoking movie It’s a girl was shown at the event, followed by a panel discussion moderated by Dr Manjula O’Connor from the Australasian Centre for Human Rights and Health (ACHRH), who is also the current Secretary of SACLG. The Women’s Day dinner was held at the Spirit Of India Receptions in Preston.

Directed By Evan Grae Davis, the film released in 2012 and is a documentary that captures the personal stories of people, and the systematic and deliberate destruction of girls in India and China. The film focuses on cultural norms, India’s dowry system and patriarchal society where despite a ban on ultrasounds, the practice of determining the gender of the fetus is still commonly available with the help of bribes. The documentary also looked at China’s one child policy including forced abortions, human trafficking and increasing rate of female suicide in the country.

To know is not enough, but it’s definitely a start in creating awareness of a disturbing decline in the population of girls in both these overpopulated countries. “Bringing about this awareness was the main intent behind showing this film”, said Molina Asthana from SACLG. The panel discussion that ensued cited examples, offered insight and sought solutions from a variety of people in the audience. It concluded that the world community needs to unite and bring about a change in cultures that practice gendercide, and compel them to value women and end injustice towards them. The mood turned sombre after watching the movie as the audience was left digesting shocking statistics and disturbing footage on gendercide. The sumptuous dinner that followed, however, triggered a change back into party mode and several people took to the dance floor in the course of the celebration.

Prior to the film viewing, the audience was entertained with a multicultural fashion show that was beautifully choreographed by Rashi Kapoor. Local girls from all walks of life kept a fluid pace on stage to promote cultural diversity. The group showcased outfits from Punjab, Rajasthan, Bangladesh, Sri Lanka, Afghanistan, China and other South Eastern regions. The outfits incorporated both traditional and modern clothing, and customs that have been passed down through ages were celebrated through clothes that are worn every day. The participants of the show performed their complex catwalk routines quite well under the able guidance of Ms Kapoor.  Dhananjay Kapoor who also doubled up as the DJ for the night, provided appropriate ethnic music to accompany the catwalk.

Liz Beattie MP from Yuroke  (Australian Labor Party) was the guest of honour for the evening, and together with Deepak Vinayak JP, founder of SACLG, felicitated Dr O’Connor for her work within the Indian community. In her acceptance speech Dr O’Connor requested the audience to support her cause by signing a petition that she had initiated recently, urging judicial authorities to ban and criminalise the demanding and receiving of cash and gifts by Australian residents in connection with a marriage irrespective of its location for up to seven years, and also to make dowry related offences punishable with severe criminal and civil penalties to apply. Puneet Gulati, upcoming actor and youth Cultural Ambassador SAYCA (South Asian Youth Connect Australasia) wrapped up the evening by thanking all the guests and sponsors especially the Victorian Multicultural Commission for funding the event.