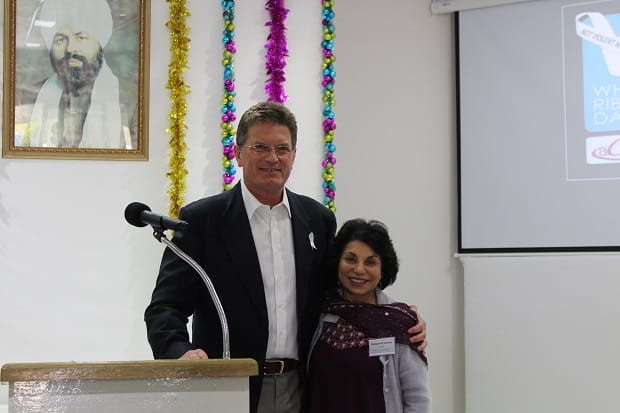 Acts of violence against women continue to be a scourge on society both at home and around the world. On December 14, Sant Nirankari Mission and the Australasian Centre for Human Rights and Health (ACHRH) hosted a White Ribbon Day lunch featuring an informative lecture followed by luncheon, the aim being to raise awareness of this often sensitive issue.

The seminar and luncheon opened with a series of shocking statistics; that one in three Australian women will experience some form of violence in her life, and that each week one Australian woman will die as a result of violence against her.

The event was headlined by guest of honour, former Victorian Premier Hon Ted Baillieu, who spoke firmly and factually when he described violence against women as a crime, and those who perpetrate it as criminals, adding that there was no place for such acts in our generally peaceful, family-oriented society. This sentiment was echoed by Knox City Councillor Joe Cassari, who emphasised that violence against women is logically unacceptable, as women are our mothers, our sisters and our daughters.

Hosted by Sant Nirankari Mission’s Rev Sunny Duggal, the seminar featured a line up of presenters, each with their own area of specialty. Professor Ian Howie, the adjunct Professor, School of Global Studies, Social Sciences and Planning at RMIT University, Melbourne, began by widening the traditional definition of violence to include emotional, social, economic and sexual aggression, as well as the generally understood physical aspect.

In his address, Prof Howie also raised the spectre of dowry in violence against Indian women, a point that was elaborated on by Dr Manjula O’Connor, in her speech towards the end of the seminar. Dr O’Connor described how male permanent residents in Australia often demand greater dowries from their brides-to-be, due to their perceived higher status in society. Dr O’Connor also related an anecdote in which a young man said that dowry was a matter of family honour.

Dr O’Connor explained in detail the nightmare sequence of events which often surrounds dowry-related abuse, with the bride being blamed for all misfortunes, and a fear of calling authorities because it could damage the family’s reputation. Cutting straight to the bone, Dr O’Connor asked what sort of damage such abusive men cause to their family’s reputation and general harmony.

Dr O’Connor also related the sad fact that the Australian Indian community were overrepresented in statistics of domestic violence. Speaking earlier, Knox City Mayor, Councillor Darren Pearce had boldly mentioned that his local government area reported the highest rates in Melbourne’s eastern metropolitan area for police call-outs regarding domestic disturbances. The south-eastern Melbourne region of Knox, in which Sant Nirankari Mission is based, recorded a total of 1033 police call-outs for domestic disturbances in the year 2012 – 2013.

Principal Solicitor at the Victorian Government Solicitor’s Office and Indian Sun Person of the Year Ms Molina Asthana also spoke, noting that violence against women does not correlate to any socioeconomic grouping. She also identified new migrants to Australia as being particularly vulnerable, as they are often unaware of the country’s laws and avenues to seek help. Isolated from families, and fearful of losing custody of their children, victims sometimes endure violence without realizing they can be helped.

Also present at the seminar was Sant Nirankari Mission’s Mrs Rashmi Mehta and Mr Pradeep Ahuja, Mr Saksham Katyal of ACHRH, Mr Nirmal Chawdhary from the Consulate-General of India in Melbourne, Indian Executive Club Chairman Vinay Sharma, and State Parliament member for Ferntree Gully and Cabinet Secretary Nick Wakeling, who commented that the presence of all attendees at the seminar was evidence that something was being done.

Dr Manjula O’Connor and the ACHRH are in the process of submitting a petition to Victoria’s state government, urging authorities to ban dowry payments in the southern state. When asked if the banning of dowry represented an infringement on traditional culture, Dr O’Connor said that the problem is in fact, that the culture has already changed – for the worse. Speaking directly to Indian Link, Dr O’Connor elaborated that modern customs of dowry rarely reflect the originally intended significance of the payment, which was to support a wife after she left her family for that of her husband’s. She pointed out that dowry payment has been outlawed in India since 1961.

‘White Ribbon Day’ is the term used to describe a number of days in late November and early December which aim to raise awareness of domestic violence in our communities. The day began in Canada on December 6, 1991 as the ‘National Day of Remembrance and Action on Violence Against Women’. White ribbons are worn as a promise to never commit, excuse or ignore violence against women. In Australia, White Ribbon Day is marked on November 25 each year to coincide with the United Nations’ International Day for the Elimination of Violence against Women, held annually since 1999.

For more information, or to contribute to this worthy cause, please visit ACHRH, or White Ribbon Day Australia. 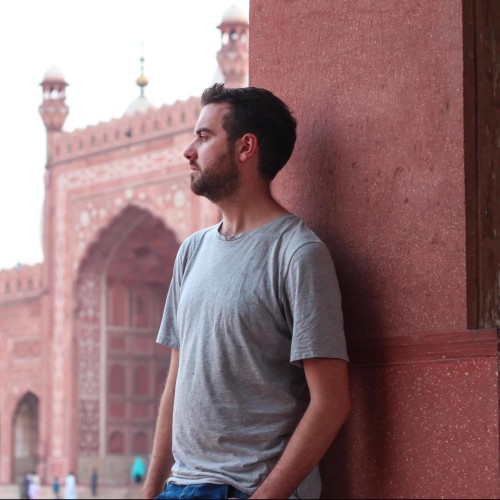