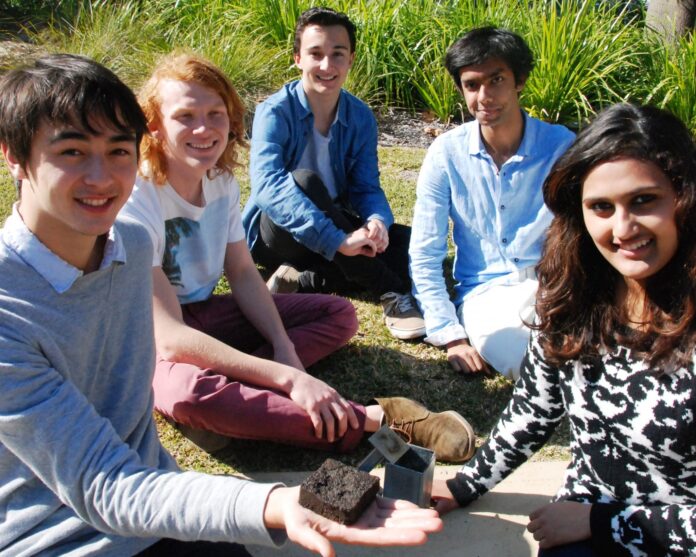 Extraordinary science and engineering are born out of ordinary and mundane things.

A group of engineering students from the University of Sydney has designed a new machine that compresses rice husk to convert it to briquettes – blocks of charcoal that can be used to start a fire.

The five-member team, including Aishwarya Cherian and Aditya Katiyar, impressed experts with their innovation. Made from agricultural waste, the briquettes are a renewable source of energy and, as such, a perfect replacement for fossil fuels.

The invention will have much use in underdeveloped countries, such as in rural Nepal, where the Sydney students hope their development will find application.

It is hoped the new briquettes will improve the living conditions of the people in Sandikhola, a remote village in Nepal.

When asked about the origins of this creation, Aditya Katiyar said, “We did the project for the Engineers Without Borders Challenge. It is based around the concept of ‘humanitarian engineering’, which involves coming up with engineering solutions to improve the lives of people in underdeveloped countries.”

Engineers Without Borders (EWB), a non-profit organisation, uses sustainable engineering as a foundation to improve the quality of many disadvantaged communities. To work towards this goal, the EWB Challenge provides an opportunity for first year engineering students to use their skills and knowledge to help communities in need.

The group was assigned the Sandikhola village for the challenge. After brainstorming concepts for the challenge, they came up with the idea of devising a mechanism that could put compressed rice husks to good use by creating a smoke-free and easy-to-store fuel option.

According to Aishwarya Cherian, “The people of Sandikhola, especially the women and children, spend long and laborious hours gathering firewood or fuel for cooking and everyday use. A major portion of the day is spent doing this. On top of that, the smoke causes various health issues such as respiratory problems.”

The use of the briquettes will not only free up the time spent gathering fuel to sustain everyday life, but also guarantee the health of the users.

“We wanted to design a solution that would be long-term and self-sustaining, and empower the local people; the time saved gathering firewood can be used to improve their quality of life, educate the children and provide an independent income,” Aishwarya said.

“As well, there could be added economic benefits,” Aditya added. “The villagers could use these machines to create additional briquettes, and sell them at their local markets for a secondary source of income.”

While the team plans to present their charcoal briquettes machine at the Engineers Without Borders Challenge exhibition later this year, the design has already garnered some attention. It was named the winner of this year’s Advanced Professional Engineering Prototype Demonstration, judged by engineering firm WorleyParsons.

“We have presented our design to WorleyParsons and hope this will help in creating awareness about the greater benefits of this briquettes machine,” said a hopeful Aishwarya.

Both Aishwarya and Aditya were born and raised in India. Aishwarya spent her childhood in the bustling city of Mumbai, moving to Australia aged six, while Aditya hails from Hyderabad; his family moved here seven years ago.
Biomass briquettes made from agri-waste are not unheard of in India. Sawdust for instance is commonly used. Some companies such as speciality chemicals group Lanxess have even been earning Carbon Credit points for switching from conventional fuel to biomass briquettes.

Rice husk itself has many uses, as building material, fertiliser, insulation material and fuel. Material scientists are also considering the use of rice husk by-products in the manufacture of tyres.

Our young, aspiring engineers from Sydney are now eagerly awaiting their chance to showcase their design at this year’s EWB Challenge. They believe that this opportunity could possibly make the difference for disadvantaged communities not just in Nepal, but also across the globe by enabling humanitarian and sustainable engineering.