Resolve conflict through respect and understanding 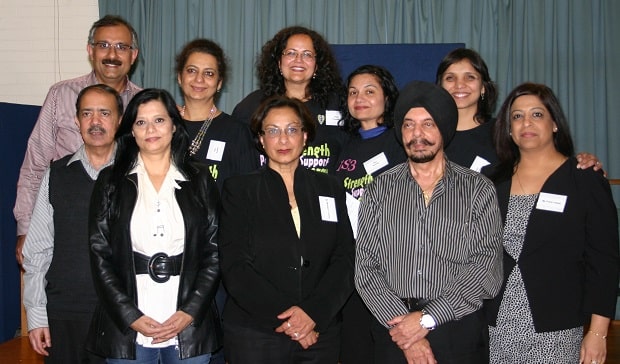 There is no right or wrong when it comes to parenting, however parents in general, would love to have a ‘manual’ that tells them how to navigate through the often challenging path of parenthood. Parenting trends come with dilemmas right from the breast to when your kids are ready to fly the nest, and often beyond. Add to it the challenge of a different language, culture and beliefs for those who have immigrated from another country, and the role of the parent can get even harder.
To explore what positive parenting means in the current environment and in a multicultural context, a panel of parents and experts were invited recently by PS3, to discuss the challenges and joys of parenting.
PS3 is a Melbourne based not-for-profit community group, which started four years ago, with an aim to provide empowerment through connections and knowledge, and to raise awareness about everyday issues that are faced by women.
PS3 stands for Positive Strength Support and Synergy and also doubles up as the initials of the first names of founder members Poonam Mehra, Sumita Vema, Shalini Valecha and Suman Chowdhary. The interactive session was held at Ashwood Support Services Hall in Ashwood, and was attended by a large number of parents, predominantly women.
The keynote speaker for the event was Jayashri Kulkarni a Professor of Psychiatry and the Director of Monash Alfred Psychiatry Research Centre (MAPrc). The panellists included Dr Gurdip Aurora, GP who is currently the President of Australia-India Society of Victoria (AISV); Muktesh Chibber, Therapist/ Counsellor and Family Dispute Resolution Practitioner; Shabbir Wahid a successful businessman, trade consultant, company director and a keen contributor to community development; and Preeti Jabbal, Melbourne Coordinator of Indian Link. The event was partially funded by Boorondra Council.
Rajiv Chowdhary, as the MC, welcomed the guests and invited members of the PS3 group to introduce the speakers. Jayashri Kulkarni then took over to present a few slides on ‘Raising Families in Australia, Issues for Indian Immigrants’. After defining culture, she focused on mental health and migrants. According to Jayashri there is sparse formal Australian data of second-generation Indian migrants and mental health; however, psychiatric services report prevalent depression, anxiety, self-harm (borderline PD), especially in adolescent girls from India. She also claimed that there is an increased incidence of schizophrenia and psychosis in adolescent boys from India. She outlined the causes, the schisms and the special issues by gender.
Jayashri also shared a case study of a young Indian girl who was referred to for help. The 21-year-old suffered depressive symptoms in response to her guilt and ongoing ambivalence about her cultural identity. Jayashri went on to explain how this girl and many children like her, are impacted by the complexities of the cultural mix of east meets west. She suggested that the solution lies in communication based on bilateral need for understanding and respect. According to her, cultural assimilation and also preservation can occur by working out the ‘rules’ for each family and discussing them in an ongoing manner, keeping in mind that the main underpinning of the family is mutual love.
Indian Link’s Preeti Jabbal led the panel session using humour to recount her experiences of raising her child. She shared stories of her media exposure to various common parenting concerns as well as those specific to the Indian community. Dr Gurdip Aurora shared his own experience of arriving as a migrant doctor to Australia and raising three children, while integrating into the mainstream community. Muktesh Chibber outlined the prevalent issues and possible solutions to effective parenting by drawing on her substantial experience as a family therapist and counsellor. Shabbir Wahid spoke of several interesting events that occurred within his family after migrating to Australia. All the speakers reiterated the need for two-way communication and respect to resolve conflicts and to empower and educate children to thrive in a multicultural society. At the end of each address, the audience was encouraged to ask questions and seek response from the panellists. It was a thought-provoking session with a good combination of light-hearted, amusing and insightful observations, and feedback suggests that the audience was left wanting more.