Record number of candidates in the fray 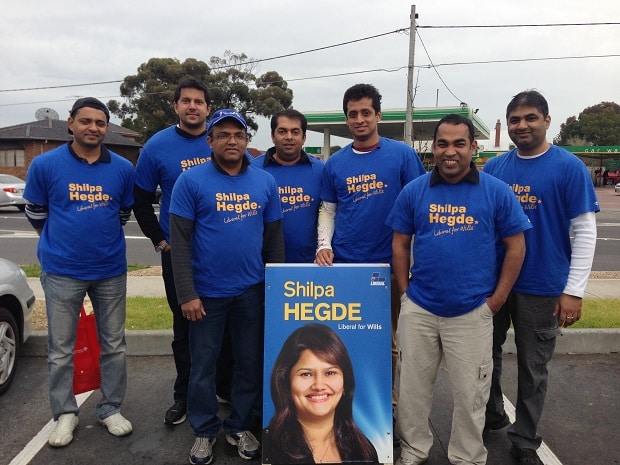 Reading Time: 10 minutesThere are more South Asian candidates standing for the upcoming Federal elections than ever, find SHERYL DIXIT and RAJNI ANAND LUTHRA, and surprisingly most are not from the two major parties

For the first time in Australia’s election history, we are witnessing the largest number of South Asian candidates actively participating in the 2013 elections. A total of 26 candidates of Indian and subcontinent origin will represent political parties, or stand as Independents, for seats in both the Senate, as well as the House of Representatives. While this may seem like an unimpressively low number across a wide range of political platforms, it does indicate that the Indian diaspora is taking a greater interest in Australian politics and that they are lending their voice and efforts towards better understanding and acceptance of their communities within Australian society.
Conducting research for this report on the Australian elections has been an interesting and enlightening experience. For instance, how many of us were aware that some of the registered parties on the Australian Electoral website are the Fishing and Lifestyle Party, Australian Motoring Enthusiast Party, Australian Sports Party, Bullet Train for Australia, No Carbon Tax Climate Sceptics and Shooters and Fishers Party? Would we vote for the Australian Sex Party, Coke in the Bubblers Party, Help End Marijuana Prohibition (HEMP) Party, Smokers Rights Party or the Pirate Party Australia? We certainly aren’t spoiled for choice, are we?
We are all aware that the 2013 Elections is bound to be dominated by the Australian Labor Party (ALP) and the Liberals (Coalition), with Kevin Rudd and Tony Abbott respectively, jostling for the throne of Australia. The Greens, a growing and seemingly dedicated group have finally found themselves in the reckoning, as more and more Australians seem to support their policies for climate change and a cleaner, greener world. And of course, a plethora of parties such as the Palmer United Party and the WikiLeaks Party, not to mention Independents, are trying to have their say in the future of Australia.

With the election fast approaching, these 26 South Asian candidates are worth keeping an eye on. To date there have been a very small number of Indian-origin parliamentarian, including the serving Senator Lisa Singh from Tasmania, and the recontesting Alex Bhathal. It will be interesting if the community can add to this on the night of September 7th.