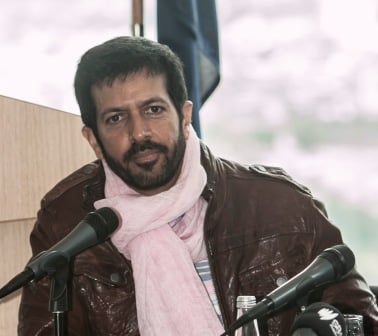 Genuine, interesting, humble, intriguing, entertaining, intelligent, creative – all these adjectives can be used to describe Kabir Khan, the young Bollywood writer/director. And if this isn’t enough for people to take him seriously, then how about this – he directed the second highest money earner in Bollywood history with Ek Tha Tiger. But if you ask Khan what that means, he simply laughs it off as ‘Salman Khan!’
Kabir Khan held a master class at Hoyts, Melbourne Central as part of the Indian Film Festival of Melbourne (IFFM). Titled ‘Fact to Fiction, from Documentaries to Blockbusters’ the class was attended by a mixture of writers, directors, actors and enthusiasts. During the two-hour session, Khan spoke of his first love, that of documentary filmmaking and his new found love for dramatic filmmaking. With a lot of experience in the field, he divulged wonderfully intriguing stories about his experiences in Afghanistan, Burma, India and America. All of which now influence the type of Bollywood films he aims to make.
These experiences were specifically linked with Khan’s foray into mainstream films. He described his experiences in Kabul in context to Kabul Express. He explained how he jumped out of a Russian medi-helicopter hovering twenty feet above the ground just so he could gain entry into the city, was acted out by John Abraham doing the exact stunt in the film version. The scene where Arshard Warsi is nearly trampled by horses was also a real life experience when Khan tried to photograph the sport up close, barely escaping a stampede of the horses.
New York was a platform for Khan to bring politics into Indian cinema. He realised that the film-going public would not respond to something that was about politics, rather than people. So he developed a film that placed the focus on the lives of three young Indian-Americans and framed it with the post 9/11 politics of truth and fear. His angle was to bring in a new layer to the otherwise romantically inclined films of Bollywood, reaching out to a younger and more actively involved audience.
Ek Tha Tiger was based on a super-spy which Khan had heard whispers about in the armed forces. His decision to make a ‘love story’ based on the spy is what lead him to his blockbuster hit. He wanted to ask the simple question: does love conquer all?
All of Khan’s films to date have been produced by the Yash Raj team, more specifically produced by none other than the illusory Aditya Chopra. As the story goes, whilst pitching the movie to many independent and lesser-known production houses and getting nowhere, someone slipped a copy of the script to Yash Raj films, which landed in the hands of Chopra.  As luck would have it, the meeting was made and the deal was done – they were going to produce Kabul Express together. With success of the film and the support of the Chopra family, the next two films would also be produced together, forming a great working and creative relationship.
Whilst discussing his films, it was clear to see the passion with which Khan works. His concern for the actors, producers and investors make it very clear that he writes and directs his movies for the art of it. Whether they are documentaries or mainstream fiction films, there is a great deal of respect for Khan’s subjects and his audience. Up next is his dream project based on the war in Burma. Once again, Khan will translate his documentary research into a mainstream Bollywood narrative.
During the Q&A part of the class, it became apparent that many undiscovered filmmakers wanted to know Khan’s secret of success. Of course, he was happy to divulge any information he thought would help, though his main advice to others who wished to follow in his path was simple: tell a story that you love, and tell it well.