Preventing a return of polio 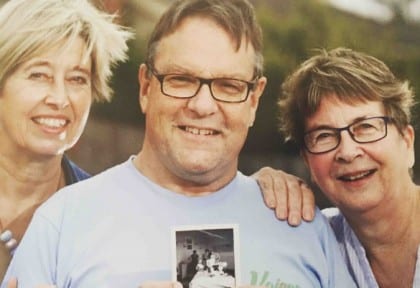 April 2017 will mark 62 years since the development and approval of the first polio vaccine by Jonas Salk, which became an important milestone for humanity. April this year will also see three Geelong polio survivors seeking to ‘pay it forward’ by travelling to India to help Rotary International and the World Health Organisation’s global polio eradication initiative.
Gary Newton, Jennifer Merrett and Jan McDonald each contracted polio as children during the 1950s. They understand the gravity of the disease that still remains endemic in parts of the world. They are committed to a self-funded trip to Delhi and Visakhapatnam to help create awareness and encourage vaccination of children under the age of five.
The WHO officially declared India ‘polio free’ in 2014 after a massive drive to eradicate the disease reached fruition. The focus is now on remaining vigilant against importations from neighbouring countries and maintaining high immunisation coverage.


According to the WHO, endemic transmission of polio is continuing only in Afghanistan, Nigeria and Pakistan. Failure to stop polio in these last remaining areas could result in as many as 200,000 new cases every year, within 10 years, all over the world. So long as a single child anywhere remains infected, all children who are not immunised are at risk.
Reports state that India still faces the threat of polio. It has the highest number of unvaccinated children in the world, with 8.9 million children who don’t receive all vaccines and 1.7 million who receive none at all. More than half the deaths of children under five in India are due to vaccine-preventable and treatable infections. The WHO, Rotary and its partners are aiming to immunise 90 per cent of the 26 million children born in India each year.
For Gary Newton, Bay FM radio presenter and Volunteer Communications Coordinator for Polio Australia, the journey and fight against this debilitating disease is deeply personal.
Born in 1952 as a normal, healthy child, Newton contracted polio 15 months later. The disease affected his motor neurons leading to muscle weakness and paralysis.
Gary, Jan and Jennifer, who are now in their 60s and 70s, have lived with the physical and emotional consequences of the crippling disease. They have also experienced the later effects of polio resulting in decreased endurance and diminished function.
When Jenny Horton, a nurse and Rotarian, invited the three polio survivors, along with their carers, to travel to India and create awareness and vaccinate children they enthusiastically agreed.
“We do not wish to have this disease raise its ugly head again anywhere in the world,” said Gary Newton as he spoke to Indian Link.
During their first ever visit to India, the three plan to help administer the polio vaccine to children in areas of last refusal as part of India’s national immunisation days. They will also visit the polio ward at St Stephens Hospital, Delhi to provide encouragement and support to patients and staff. In Visakhapatnam, they will talk about post-polio syndrome or PPS.
“People think that disability is the end of life. However, by sharing our stories we wish to help inspire them to draw on their emotional resilience and seek the support of their families,” Gary said. “We will also honour our parents who gave so much of themselves for their polio-stricken kids. We will acknowledge and thank all parents of sick children as a tribute to their boundless, unswerving devotion.”

Expressing his indignation at the anti-vaccination movement, Gary said, “I feel people who choose not to vaccinate or immunise their child have no idea. They should come and spend a day with me and they will realise how this disease can impact lives.”
Gary and his team have a shared commitment to seeing this disease become a thing of the past. They are currently working to galvanise financial support to fund their trip and polio eradication efforts.
“I hope the Australian and Indian community will see the value and stand behind us,” said Gary.
Campaign organiser Peter Podbury has set up a fundraising page at: www.gofundme.com/garyspolioproject
You can also view the Facebook page, Gary’s polio Project to India to follow the group’s journey: https://www.facebook.com/garyspolioproject
- Advertisement -
Share
WhatsApp
Facebook
Twitter
Linkedin
Previous articleWine that lasts the distance
Next articleLeadership, Sikh style