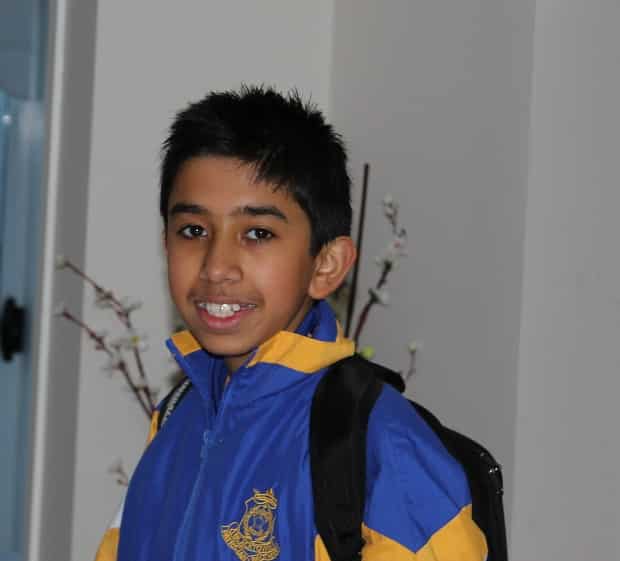 Anshul Arora, a Year 8 student of Patrician Brothers in Blacktown has achieved the distinction of being a Microsoft Certified Professional (MCP) at the tender age of 13.
The younger of two siblings, Anshul sat for the Microsoft Technology Associate exam 98-349 on November 2 at the Microsoft Centre in Parramatta. Forty-five minutes later and after having his Microsoft-related computer knowledge scrutinized in-depth, he walked out with the title of MCP.
Microsoft Certifications are professional information technology certificates based on Microsoft products. Main categories include Server, Desktop, Database, Applications and Developer. Individual certificates can be obtained upon clearing one or more exams. The Technology Associate exam that Anshul cleared is the new entry level certification by this reputed organisation. It is being hailed as the first step towards a career in IT as a professional or developer.
Chatting with Indian Link, Anshul opened up about his appreciation for computer technology. “I started taking an interest in computers at the age of probably nine or ten, mainly because of my dad who is an IT professional at the Department of Education,” he revealed.
Anshul credited his dad Sushil Arora, for his success, “he encouraged me to sit for the exam by providing me with all the study material and helping me with the preparation,” stated Anshul. It took the youngster six months of dedicated learning to pass the exam. Outlining his study routine he said, “in the beginning I started with one hour every two days, building it up gradually to three hours every day”.
Anshul admitted that the exam was tough for someone his age, but now that he has passed, it means a lot to him. “It can give me a headstart in an IT-based career like my dad,” he said.
Speaking about his reaction on passing the exam, Anshul quipped, “I was fairly confident I will pass, but at the same time extremely nervous, so when I got the news I was happy and relieved”.
Even though acquiring the Microsoft Certified Professional certificate helps little in terms of schoolwork, Anshul believes that it has given him a lot of knowledge about the Windows OS. This means he is now not only much more confident, but also proficient in using the operating system.
By acquiring the MCP qualification Anshul has made everyone he knows proud. “My friends and teachers have congratulated me, while the principal wrote a letter of commendation to my parents,” he stated, acknowledging the accolades he has received. “We are very proud to be Anshul’s parents. Because of his accomplishment at such a young age, and we feel like sharing it with everyone,” said mum Minti and dad Sushil.
Anshul is not quite sure what he wants to do when he grows up, but for now he is considering a career in IT. Apart from computers, his interest lies in cricket and video games. To other kids Anshul’s wise advice is, “work hard because by doing so, you can achieve anything”.