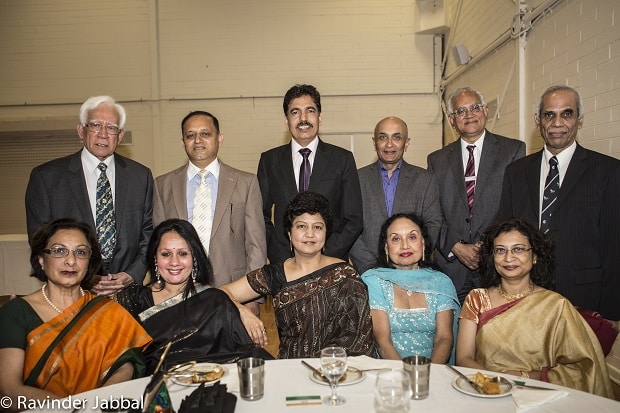 Reading Time: 3 minutesLeaders of the community gathered together at an event organised by the FIAV to greet Maneka Jain

“Nothing is permanent, impermanence is the nature of our being; therefore when Indian civilization started maybe we were not called Indians then, we may have been called ‘Bharatiya’ or ‘from Indus Valley’ or ‘Bharat’. But to understand that we have something in common in geographical or political terms, we needed to call ourselves something. Today when we say ‘India’ or ‘Indians’ we have some idea about a way of living, traditions and culture, and that is why we call ourselves Indians. We also have our own smaller identities, but in the larger context we can call ourselves ‘Indians’ or ‘Indo Australians’ or ‘Australians’, as the case may be,” said newly arrived Consul General Manika Jain to thunderous applause. She was addressing an identity issue raised by a speaker who wished to know what we should call ourselves, and why do we call ourselves Indians?
Ms Jain was speaking at a recent reception that was hosted by the Federation Of Indian Associations of Victoria (FIAV) and sponsored by the ANZ Bank. Credit goes to FIAV, under the leadership of President Vasan Srinivasan, for organizing an event where all the leaders of the community were invited to jointly welcome the new Consul General. The Indian community in Melbourne is thriving; however, so are rivalries between individuals and organizations that do not have the vision of the power of a unified front. Any attempt to bring the community together, like this event organized by FIAV, is therefore much desired and definitely commendable.
Acknowledging FIAV’s efforts Ms Jain said, “The most laudable thing that I found today is that you all came together under one umbrella. Our community must be united and grow united; this does not mean we lose on our diversity. We will celebrate our diversity, but it is beneficial to celebrate together under one umbrella and go from strength to strength”.
On the flip side, the event turned out to be quite long-drawn as input was invited from every regional organization under the umbrella of FIAV. As a result every community leader or representative spoke briefly about their organization and welcomed Ms. Jain individually, and there were quite a few of them.
Held at the Mount Waverley Youth Centre the event was attended by the member for Mount Waverley Mr Michael Gidley, who commended the Indian community in Victoria and Australia for ‘adding so much value’ to their local communities. He also took the opportunity to offer his support to the Consulate and the Indian community, and praised Vasan and the FIAV for organizing this inclusive event.
Over a three course meal catered by Tandoori Junction Indian restaurant the evening progressed from speeches to felicitation as the FIAV presented shawls to members of a visiting delegation of senior journalists from India. Local businessman Mani Maran was officially thanked for providing the shawls and traditional garlands for various FIAV events. MC Ambarish Deshmukh aka Adi was also presented with a traditional silk shawl for his ongoing support to FIAV.
The ANZ bank was acknowledged as the main sponsors of the event and guests were encouraged to pick up ANZ showbags, water bottles and other promotional material on their way out at the conclusion of the event.