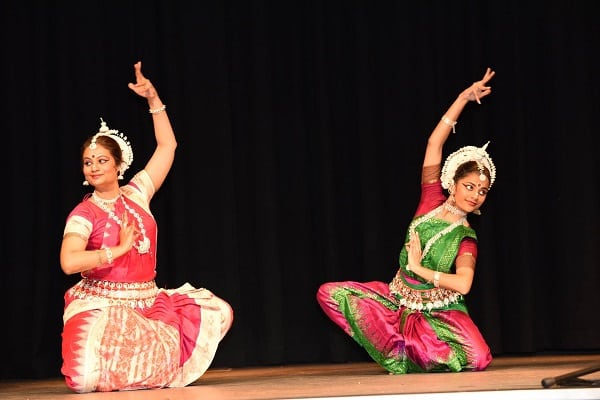 The year, 1947. The date, 15 August. The feeling, euphoria. The reason, Independence from British rule at long last, after a long and arduous struggle at every level of society, every region of India contributing in its own patriotic manner.
The euphoria was coupled though, with a ruthless severing, resulting in the partition of the country into two.
And as a violence-stricken nation grappled with the newness of it all, the most important challenge facing it was rebuilding the economy from scratch and tackling widespread poverty.
Looking back now, one can say that the progress made on those two fronts, has been substantial. At the same time, one cannot afford to ignore the glaring failures, costly missteps and opportunities frittered away.

Nevertheless, from a mere Rs 2.7 lakh crore economy then, to Rs.137 lakh crore now, the nation has come a long way.
Adelaide-based Indians gathered at the Woodville Town Hall to celebrate the 71st anniversary of India’s Independence in an event organised by the Indian Australian Association of SA (IAASA).
Celebrations began with flag hoisting and singing of India’s national anthem followed by that of Australia. IAASA President Adi Reddy Yara welcomed guests of honour Hieun Van Le (the Governor of SA), Zoe Bettison (Minister for Multicultural Affairs), Jing Lee (MLC), state MPs David Pisoni and Vincent Tarzia and federal MP Tony Zappia.
There were two renditions of Bankimchanda Chattopadhyay’s goosebump-inducing patriotic song Vande Mataram sung with due emotion by Kusum Sharma, and again as playback to a dance by the kids of the Rhythm Academy of Performing Arts.

Cultural presentations included a melange of folk, classical and contemporary style. We had a Tulu folk dance unsullied by filmy hipshakes, choreographed by Vinaya Rai; Kathak by Mithali Mukherjee who presented with beauty, skill and grace, a piece on Sri Krishna and Radha; Temple of Fine Arts teachers Vithya Karthigesu and Saisha in an Odissi piece; Sabeeka Jasmine’s peppy Bollywood numbers; a medley of foot-tapping numbers in Bollywood-style presented by youngsters and choreographed by Mukta Trivedi Shah, and a contemporary dance by Mayuri and group.
The Tamil dance by young duo Nithya and Shrutika was a poignant portrayal on one side of the glory of India and on the other, the anguish of the poor and the hungry. What made the performance special, besides the dancing skills, were that the lyrics to the song had been written by their mother Shyamala.
The cultural pieces were interspersed with speeches by the Governor and other dignitaries, the common thread that ran through being one of admiration for the hardworking, law-abiding Indian migrants and the free sharing of our culture, festivities, cuisine and clothes. Great to see the ladies’ choice of Indian attire in bright hues, adding to the general feeling of cross-cultural exchange.

A much needed yoga initiative was unveiled by Dr Vittala Shettigara. A team of yoga teachers including Tina Shettigara, Vani Shukla, Raj Pandey, Veerendra Tripathi and yours truly, will be offering weekly yoga sessions on a voluntary basis.
Appreciation Awards were presented to members of our community who distinguished themselves this year in different fields. These included John Francis D’Souza OAM for community service; Prakash Chand Sharma, finalist in SA Governor’s Multicultural Awards for community service; Ajay Kumar Pradhan (Lifetime Achievement Award for Charitable Volunteer Service), and Jagan Mazumdar, Honorary Member, for distinguished service to the Association. Together they serve as role models to the community.
The presence of SAIDVA (South Australian Indian Defense Veterans Association) members added to the zest and fervour of the entire event. They sat proud and tall, with their medals shining brightly. To me, they brought the entire event alive.

The Indian colours saffron, white and green made their presence known throughout the event, not just in the attire but also in the snacks at tea!
All in all, the spirit of India shone brightly through the day.