Monash could be home to new Indian hub 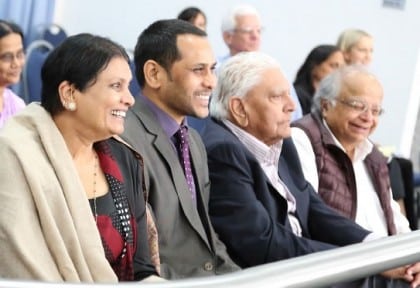 A proposal to establish another Indian cultural hub in Melbourne’s south east is being explored, aided by a recent Victorian Government grant provided to the Monash City Council.
Minister for Multicultural Affairs Robin Scott recently granted $50,000 for a feasibility study to explore the viability of an Indian Community Centre in Monash City.

The preliminary analysis would help to identify opportunities, examine best options and assess the needs of the local community within the Monash area.
There has been a significant increase in the Indian population in Monash in recent years, with the sizeable Indian population more than doubling between 2001 and 2011. Victoria is home to Australia’s largest Indian community, with more than 111,700 Victorians having been born in India.

Residents have expressed a need for an ethno-specific community space that will give Victorians opportunities to experience the vibrant Indian culture.
Member for Oakleigh Steve Dimopoulos has been a strong advocate for the Indian community and was instrumental in initiating this study.
“We’ve got a rapidly growing Indian community in Monash and it’s vital we support and embrace that,” he said.


Providing an example of how the community would benefit from this proposal he said, “Recently the Sankat Mochan Samiti Temple in Huntingdale had over a thousand people visit their premises to celebrate Hanuman Jayanti and you couldn’t fit everyone in the same space. This is just one visible demonstration of the need of this community.”
According to Mr Dimopoulos, this is a first step in identifying opportunities that will give Indian people a greater sense of belonging and contribution.
This current funding grant is in addition to the work that is underway for future Indian precincts in the areas of Wyndham and Dandenong, said Minister for Multicultural Affairs Robin Scott.
“These hubs provide another opportunity to celebrate and share Indian culture with the broader local community,” he said.
Mayor of Monash Rebecca Paterson introduced the feasibility study team and later opened the floor for questions to those that were present for the announcement.

The brief event was held at the at the Monash City Council chambers in Glen Waverley. Prior to the official announcement a student from Natya Sudha Dance Academy presented an elegant Indian classical dance evoking blessings from Lord Vishnu.
Members of the Indian community were also invited to express their interest in participating in the study, which is expected to take three months, in an advisory capacity.
The study will seek consultation from representatives from the Indian community who have a strong understanding of the local community and its social, environmental and economic influences.
The ideal person is expected to have a good knowledge of local issues that are relevant to the Indian community as well as an ability to look beyond personal interests for the benefit of the community.
Community members and media went on to question the progress of the taskforce that was created for the Indian precincts in Wyndham and Dandenong. The Minister responded briefly by saying that important announcements related to the Indian precincts would be made shortly.
- Advertisement -
Share
WhatsApp
Facebook
Twitter
Linkedin
Previous articleAustralian visa policy change: India consulting stakeholders
Next articleNo impact of Australian visa move on Indian techies: NASSCOM