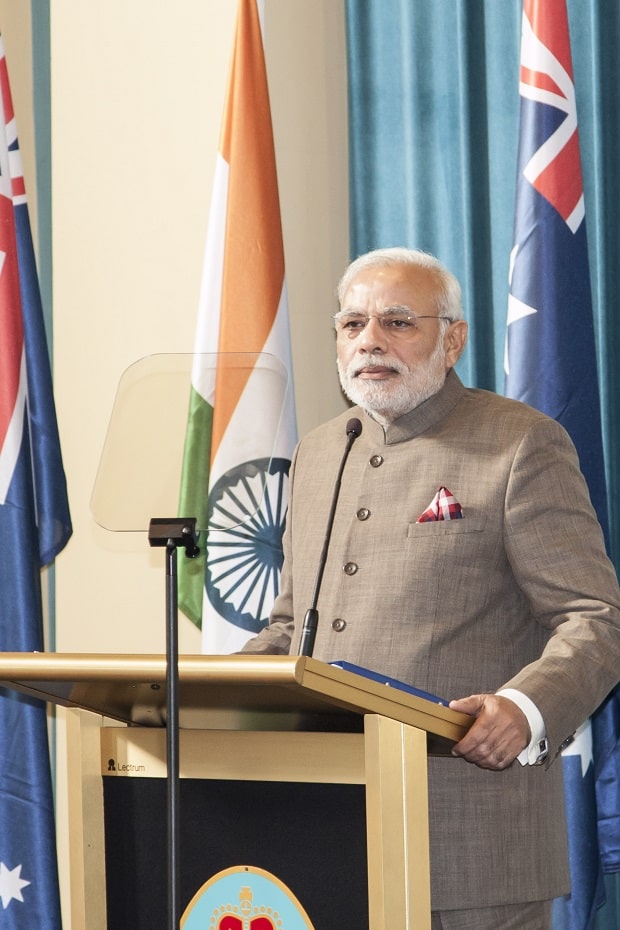 Drawing attention to his economic agenda, Prime Minister Modi’s one-day trip to Melbourne was set to cast a positive influence on the advancement of bilateral ties and promotion of mutual trust between Australian and Indian businesses.

Victorian Governor Alex Chernov hosted the round table conference at his residence where the Indian PM chose to address the leaders in Hindi which was translated into English for everyone’s benefit.

The forum comprised of business leaders, delegates from India, journalists and members of the Australia India Business Council (AIBC).

During the private event, Treasurer Joe Hockey commented briefly on how, along with mining, education and the financial sector, it is paramount to focus on small and medium size enterprise.

According to Mr Hockey the business-to-business opportunities will play a key role in helping to further the trade relationship between India and Australia.

The business leaders unanimously acknowledged the extraordinary growth that India is poised to experience. This will create several opportunities for Australians to engage with India whilst forging a bond based on common strategic interests, trade and economic outlook.

Responding to the suggestions put forward to him, the Indian Prime Minister said he was personally committed to looking at environmentally-friendly ways of furthering development. According to Modi, India requires a substantial amount of energy to continue its growth. With the push to make India a gas-based economy, any package that combined these two sectors would be of interest to India.

Praising the Victorian Government for its initiatives in promoting education, the Indian Prime Minister shared his two main areas of focus in the education sector. One was to encourage young people from India and Australia to collaborate and conduct better quality research, and the other was for selected schools from both countries to coordinate with each other, through student exchanges, to create quality education opportunities.

The PM also drew attention to the tourism sector and its tremendous possibilities. According to Modi, India has a long coastline and the required clientele to set up a successful business in cruises. He invited people to invest in developing tourism infrastructure in India and in finding new avenues to develop relationships through tourism.

According to the PM a large number of Indian students have come to study in Australia and have helped to create a better understanding of India amongst the common man in Australia. This people-to-people contact has generated confidence and as a result Australians are more willing to take risks by investing in and trading with India.

Prime Minister Modi concluded his address by inviting Australians to explore the many possibilities in India and reminded them of his promise to implement, very soon, a visa on arrival service for all Australians – including people making business trips to India.