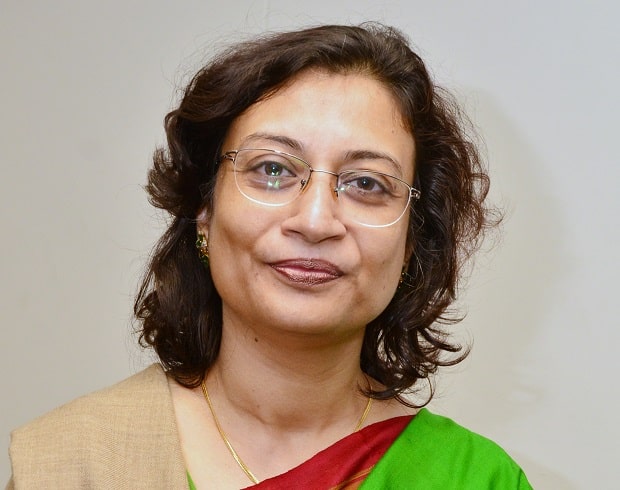 The community extended a warm welcome to Ms Manika Jain, the newly appointed Consul General of India in Melbourne, at a well-attended reception hosted by the Indian Consulate recently.
Ms Jain’s arrived in Melbourne in October to take up office, a year after the untimely death of her predecessor Dr Subhakanta Behera. Her arrival was much anticipated, as was evident during her first formal interaction with the community where representatives from various Indian organisations, business and media addressed the audience and introduced Ms Jain to their work.
A post-graduate in law from the University of Delhi, Ms Jain joined the Indian Foreign Services (IFS) in 1993. Her prior assignments were in Portugal, Myanmar and Indonesia. She was also on deputation to the Ministry of Commerce in the Trade & Policy division. She has served as Head of Division at the Foreign Service Institute and was the Director at the Indian Council of World Affairs. Ms Jain chose to speak in Hindi at her first public address in Melbourne at Federation Square, delighting the audience who had gathered there to celebrate Diwali, the festival of lights.
Ms Jain’s arrival in Melbourne coincided with Diwali, offering her several opportunities to interact with the community and vice versa. “It is heartening to know that not only the Indian community is so culturally active, but also the Australian community in Victoria recognizes and enjoys Indian cultural diversity,” said Ms Jain as she commented on the various Diwali events she had already attended in the short span of time since her arrival in Melbourne.
During the community interaction at the Consulate, Ms Jain heard from several speakers including Vasan Srinivasan (Federation Of Indian Association of Victoria), Ravi Bhatia (Australia India Business Council), Manpreet Singh (SBS), Neeraj Nanda (South Asia Times), Vijaya Vaidyanath (City Of Yarra), Monica Raizada (Australian Indian Society of Victoria), Arun Sharma (Celebrate India), Prof Suresh Bhargava (RMIT), Sharad Gupta  (Hindi Niketan) and Gurdeep Singh Matharu from Craigieburn Gurudwara.
The speakers were unanimous in their request for the Consulate to continue to provide support to the community, especially Indian students and those affected by untoward circumstances. A special mention was made of Vice Consul (SWCO) Rakesh Kawra and his contribution to the community during his tenure in Melbourne. Each speaker acknowledged Mr Kawra’s outstanding efforts in forging, maintaining and fostering a good relationship with the community and wished him well for his next assignment in Cairo, Egypt.
Thanking all the speakers for their kind words and suggestions Ms Jain said that she hoped she would be able to live up to their expectations. She urged everyone who represents India to respect and adopt the culture, rules and regulations of their host country and to intermingle with them, but also be connected to Indian roots and take pride in them. She said that the Consulate would readily partner in any fruitful project that will create better understanding between the people of Australia and India for betterment of both countries. “The consulate attaches high importance to the community, consular services and enhancements of business interests, and any constructive feedback and deliverable suggestions from people will always be welcome, ” she said.
Ms Jain ended her speech by saying that she saw great potential for partnership between the two countries in various industries, and it will be her endeavour to nurture and strengthen the relationship between India and Australia. She sought the support of the Indian community in Victoria to help in building stronger bridges between the two nations.
For the rest of the evening Ms Jain continued to meet and greet people in an attempt to get acquainted with the community, whilst assembled guests took the opportunity to fill her in on happenings and issues that are currently affecting the community.