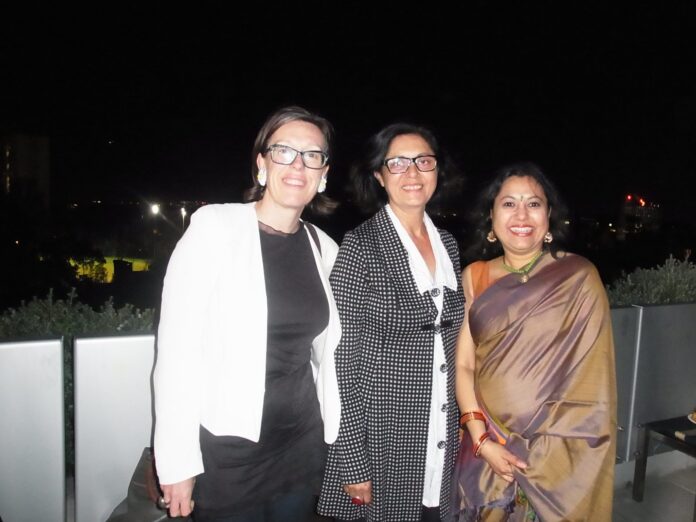 They were speaking at a forum entitled Voice, Suppression and Imagination: Contemporary Indigenous Writing from Australia.

At another forum on the same day, activist and writer Binalakshmi Nepram of Manipur, and the outspoken Pradyot Deb Berma of Tripura, spoke of the neglect that their native north-eastern states face at the hands of the rest of India.

No doubt the speakers at the two forums have much in common.

Both representing under-served communities, they are now finding a voice through literature after years of oppression.

The Australian writers were in India as part of a ‘Creative Partnerships with Asia’ project funded by the Australia Council for the Arts. Curated by Mridula Nath Chakraborty and presented by the Writing and Society Research Centre of the University of Western Sydney, the program entitled Literary Commons! will see twelve Indigenous writers travel to India, talk about their work and look for collaborative efforts from September until the end of summer 2015.

Speaking at the launch of the program in Sydney in late September, Mridula Chakraborty said the endeavour marks the bringing together of two old civilisations and two contemporary societies.

“On their visit to India, the Indigenous writers will take with them the gift of 6000-year-old languages, and some of the best kept secrets of Australian literature,” she said. “Playing upon the old idea of the ‘commons’ where communities and cultures share in a co-operative space of creativity, as well as building upon much that common between our world views, the Literary Commons! is a long-term and deep-impact project that will bring together writers and foster writing that is of special relevance to Australia and India.”

Cathy Craigie, one of the writers on the team, is looking forward to the trip to India.

“On my first visit to India, I was over-awed by the smells and crowds of Kolkata, but very shortly I found myself immersed in the beauty and colours of India, and the books that were there everywhere. India is definitely a market that we’re interested in culturally.”

Prof. Anthony Ulman, Director of the UWS Writing and Society Research Centre, chose to describe the initiative less as a new market, and more as a new relationship and cultural exchange.

Prof. Peter Shergold, Chancellor, UWS, was already finding common ground even before the program took off.

“At Western Sydney we have the largest Aboriginal community in New South Wales, and the fastest growing Indian community in the state. At UWS, both come together,” he observed.

He could not help but make another observation, about the exclamation mark in the title of the program.

“It represents excitement, dynamism, perhaps even danger,” he said.

Another speaker, Jill Eddington (Director of the Literature Board of the Australia Council for the Arts), preferred to draw a parallel between said notation and Mridula’s energy and passion which saw the ambitious program take off so smoothly.

Literary Commons! is Mridula’s second foray into building literary links between her home country and the one she now calls home. In 2012, she organised the successful Australia India Literatures International Forum (AILIF). The first ever conference in its genre, it opened fresh new pathways between the two nations, tapping into each other’s intellectual and cultural identities and helping forge what could be long lasting relationships in hitherto unexplored terrains.A special segment at that conference, focussed on Dalit and Indigenous literature, set the seeds germinating for Mridula’s current initiative.

The other Australian writers on the program are Anita Heiss, Jared Thomas, Ellen van Neervan, Nicole Watson, Alexis Wright, Ali Cobby Eckermann and Lionel Fogarty. The team will visit schools, colleges and universities, attend literature festivals in Goa, Kolkata and Jaipur, and speak at conferences at Mysore University and Jadsavpur University. They will also meet with translators and publishers in a bid to seek out new audiences for their work.