Let’s get ready to rumble! 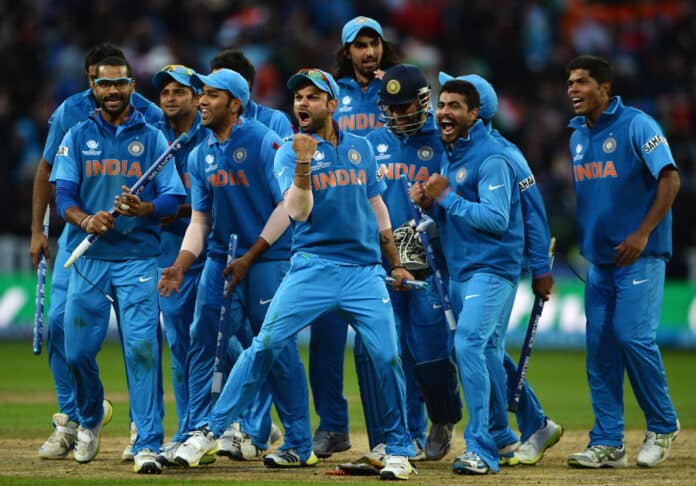 Reading Time: 3 minutesVETURI SRIVATSA on India’s game-plan over the past four months

India have not beaten Australia in any form of cricket in the four months they have been Down Under.
Does that count for anything in the context of the World Cup?
It does not appear so, seeing the unbeaten run of Mahendra Singh Dhoni’s men on their way to today’s semifinal.
Michael Clarke has acknowledged the stunning turnaround in the performance of the Indians after the bilateral series and paid a handsome compliment to Dhoni for his role in the reversal of form. He also now thinks India are a quality side and played like the champions that they are in the run up to the semi-finals.
Come to think of it, they utilised the Tests and tri-series keeping an eye on the World Cup and that explains some inexplicable decisions of the team’s think-tank like persisting with injured players and trying out practically every player who is likely to play in the World Cup.
Every player was given confidence that he is wanted and not a mere bench-warmer even if he was not played in any game. Every move was planned and calculated. The players justified their selection.
Dhoni backed his players to the hilt. He defended Rohit Sharma first and then Virat Kohli as both at different stages found runs difficult to get. He found virtues in the way they approached their innings. Add to it his own unflappable approach to things both on-and-off the field.
What is baffling is that on the eve of the semi-final, the discussion is not on the relative strengths of the teams, it is centred on the Sydney Cricket Ground (SCG) pitch.
Some media men captured Clarke talking to the SCG curator Tom Parker and straightaway raised a hue and cry.
Without disputing Pakistan captain Misbah-ul-Haq’s assertion that India have the edge playing at the spin-friendly SCG, Clarke was quick to point out that not a ball turned in their game against Sri Lanka and that he noticed a bit of grass in the last game played there.
Not only Clarke, teammates Glenn Maxwell, James Faulkner and Mitchell Johnson were literally pleading with the SCG curator to leave some grass for their pacemen to gain the upper hand.
What Australia does not seem to realise is that the Indians performed well at the SCG, both with bat and ball. This talk of pitch is only to divert serious performance issues.

India have batsmen in form and they have enough experience, as Clarke says, of the conditions. They have batsmen to take on Australian pace. Rohit has a hundred against them in the tri-series. If Clarke or any pundit thinks that the Australian full-time or part-time spinners can be a threat to Indian batsmen, it is laughable.
Even if there is grass on the pitch, Indian pacers are as good as any in the business now. This is an attack that took 70 wickets bowling out every team they played in the tournament. Mohammed Shami, Umesh Yadav and Mohit Sharma have understood where to pitch and have been richly rewarded.
Ravichandran Ashwin’s off-spin played his part without any fuss. He and Ravindra Jadeja and Suresh Raina took care of the middle overs so well that the batsmen had to chance their arm against the pace.
To put it simply, the fast bowlers not only provided early breakthroughs but they also came back to take wickets bowling in the batting power play and at the death. In between, the spinners provided the buffer.
Balance wise, India look a lot better than Australia, who will have to make do with part-time spinners. Clarke doesn’t seem to have much confidence in the ability of left-arm spinner Xavier Doherty and may not play him. He may be longing for Nathan Lyon at this stage of the tournament.
The pitch played differently in three recent Cup matches. It played flat and true when Australia took on Sri Lanka whereas England and Afghanistan pacers found the ball seam quite a bit before it was back to be a slow turner for the Sri Lanka-South Africa quarterfinal in which leggie Imran Tahir took four wickets.
Whatever be the history or statistics point to, the recent matches and pitch behaviour should gladden Indian hearts. But then a World Cup semi-final can bring in other factors in to play just as seen in the first semi-final between New Zealand and South Africa.
That is pressure and it can do anything at any time.