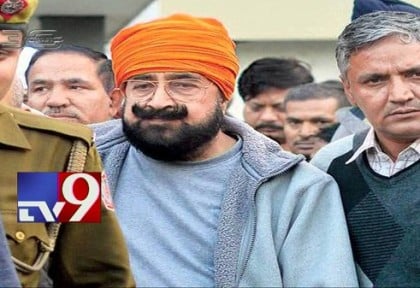 THE MUMBAI MUMBLER on white collar crime by Indian-Australians

If far from appetising stories about some rotten eggs amongst us Indian-Australians will disgust, disillusion and depress, please STOP here and go no further, today. Admittedly, this is a rather bleak column.
Your Mumbler was born with one of the most common of Indian surnames. Consequently, not only is he effortlessly identifiable but probably the easiest to be targeted by the ubiquitous Indian telephonic salesmen and scamsters. They are a persistent breed, wanting you to send them money to fix up some imaginary Insurance claim, Traffic fine or Income Tax enforcement matter. Or, even to educate you. Now, they have moved into Immigration issues. All my attempts at being on the Australian Government’s ‘Do Not Disturb’ register have proved futile. I have never understood the enthusiasm for such tokenistic and toothless laws, which defy enforcement. So, either one grins and bears it when a thick South Indian accent claims to be a ‘David Nelson’ from the Immigration Department, or tells the unsolicited caller to go fruitfully and multiply. I favour the latter.
And speaking of shonks, rogue elements of the Indian-Australian community are certainly involved in the abuse of 457 Visas. In many avatars – licensed migration agents, education providers, fixers and as dodgy employers. It is rumoured that for the desperate, back in the mother country, $50,000 could be their visa and ultimately passport, to our wide, brown land. An ABC TV reporter friend who had delved deep into the issue, told me that a few Indian restaurateurs were involved, too.
I understand that sub-continentals are also highly over-represented not just in jobs at 7-11 but regrettably as abusers of the minimum award wage requirements. As a prominent migrant community, we need to not only indulge in some navel-gazing but also calling out of this kind of criminality. A small proportion of our desis, by their naked greed and disregard for law, can manage to shame and taint a large, law-abiding community.

And, who can forget the Pearl Group? They are at the forefront and the astonishing figures of alleged misappropriation, mentioned in the media (Rs 45,000 crores or 9 billion dollars!) are nothing short of mind boggling. Surely, quite a few lawyers, accountants, and governments in both India and Australia have been either guilty of looking the other way or of facilitating their alleged fraud? The South Asia Correspondent of The Australian Greg Bearup broke this story for Australian readers many months ago and told the Mumbler that it was extremely sad to see desperately poor people (who he met and interviewed) gypped out of their life savings.
Presumably readers may also be aware of the blatant abuse by some education institute owners. It pertains to Vocational Education & Training, where the Commonwealth Government last year spent a staggering $4 billion plus. This has been the quickest get rich quick scheme in Australia and again some of our crooked desis have been at the forefront in unethical practices and shameless exploitation. Google and you will see who they are, usually posing in front of expensive German cars. These shonks signed up thousands of hapless (and mostly unsuitable) Australians for vocational education or training, offering them incentives such as iPads, PCs etc at the time of enrolment. The poor and the disadvantaged were deliberately targeted by salesmen who were on fat commissions of up to ten times what usual door-knocking salespersons get.
Each sign-up got the institute $18,000 out of which the sales agent cornered $5000 and the door-knockers were given $1000. The “students” were usually incurring $18,000 of debt (HECS style) only payable if they ever earnt over $54,000 per year.
The completion rate of these on-line courses was as low as 5 %. The quality of the ‘Education’ offered was inadequate at best and suspect at worst. It was all about recruiting students, just a numbers game. Target anyone and everyone, get them to sign on, offer them incentives and collect our (taxpayer) money when they signed up for these courses. And, to think that this has been done all along under the noses of those great managers of our economy, the Liberal Party – the party which made such a huge fuss about Kevin Rudd’s Home Insulation scheme (cost estimated at $3 billion, but at least most people got something – Pink Batts!) The Federal Government has been watching indifferently whilst our desi scamsters run amok.
We need to introspect about why there have been so many desis skirting or blatantly breaking the law and indulging in blatant white collar crime. None of the above is remotely even a victim-less crime. Have the moral values of these criminal fringe who have migrated from India, deteriorated and rotted so completely that they have no compunctions whatsoever? Did Gandhiji inhabit our motherland totally in vain?