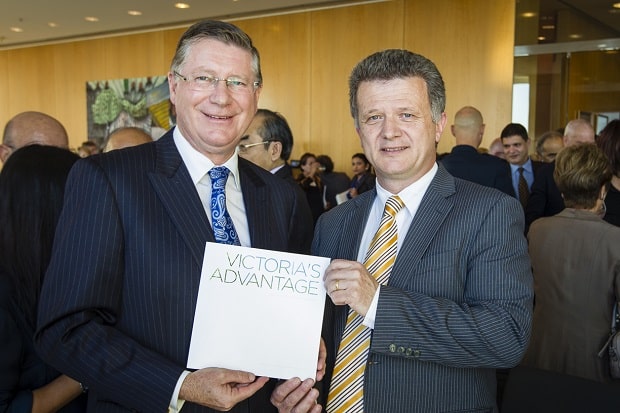 Reading Time: 3 minutesA policy to measure the success of multicultural affairs and citizenship has been welcomed with enthusiasm, reports CARL BUHARIWALA

Victoria’s Premier, Dr Denis Napthine MP, joined the Minister for Multicultural Affairs and Citizenship, Nicholas Kotsiras MP on March 3 to launch a landmark policy that will measure the success of multicultural affairs and citizenship in Victoria.

The policy, Victoria’s Advantage – Unity, Diversity, Opportunity, has received bipartisan support and is a plan to support social cohesion and citizenship that ensures the continuation of Victoria’s commitment to diversity. Minister Kotsiras wants to see Victoria commit to strengthening its harmonious reputation for future generations.

The policy focuses on three major themes: maximising the benefits of our diversity; citizenship, participation and social cohesion; and responsive and accessible services. Victoria’s progress made across these three pillars will be measured and assessed against key indicators, to ensure constructive action is taken.

The evening of the launch opened with a speech from Indigenous Australian Elder Carolyn Briggs. Briggs acknowledged the traditional owners of the land and explained how the state of Victoria is filled with vast landscapes.

“With every different landscape there was a different tribe that spoke a different language,” she said. “They had a great connection to their place of belonging. During their time, Indigenous Australians learned to integrate and were strengthened through adaptation”.

From the days when Indigenous Australians occupied Victoria, they integrated with each other. Victoria continues to carry on that legacy and has been open for many decades to a diverse range of people from all over the world. More than 26 percent of Victorians were born overseas, and 47 percent have at least one parent born overseas. Victoria is known as, and has been acknowledged by the other states of Australia, to be the leading multicultural state.

Now, Victoria has moved beyond integration. Minister Kotsiras discussed how Victoria’s next phase is interaction. “The policy will help to strengthen a migrant’s participation in local activities, ensure that they are able to access essential services and, most importantly, develop a society that promotes respect and understanding,” he said. “This initiative will develop and enhance engagement by all members of the community. Not only will foreigners interact with locals, but locals will continue to share their time with migrants”, added the Minister.

Some of the key issues the policy will address include, amongst others; increasing skilled migrants access to jobs, having a compulsory second language taught at school up to Year 10, enhancing international engagement through trade missions; addressing special complaints about discrimination through legislation, improving literacy and numeracy skills of migrants, supporting cross-culture and multi-faith interactive communities, improving access to the justice system and health care system, improving cultural competence of the members of the public sector, and, showcasing Victoria’s cultural, religious and linguistic diversity.

Fostering greater interaction is important for the community and the economy. More people with various backgrounds provide greater potential. Victoria has benefited and will continue to benefit from diversity. This investment in social cohesion has helped Victoria to globalise and interact with other countries.

While a rise in population will pose a challenge for Victoria today, Victorians will be grateful when the state realises its full potential through a growing multicultural community. The opportunity to socialise with migrants and learn from their experiences is something that should not be missed.

MPs, senior members of multicultural commissions and organisations, and members of local communities attended the event to commemorate Victoria’s step towards a culturally diverse society. Throughout the evening, a Latin American duo played traditional tunes on their classical guitars.