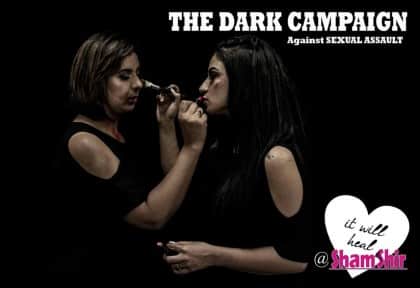 A new community effort, The Dark Campaign is launched to raise awareness against sexual assault

According to a recent report in the Indian Express, there is an average of six rapes and 15 molestation each day in Delhi alone.
That’s a dark statistic.

The scourge of sexual assault continues unabated, even as the infamous Delhi rape case perpetrators have been handed down the death penalty.
To combat this complex issue with deep and far-reaching effects, a local campaign has just got off the ground in Adelaide. Shamshir’s: The Dark Campaign was launched in April, in a month that is celebrated as ‘sexual assault awareness month’ in some parts of the world. Initiated by the very vocal, strong and opinionated celebrity Priya Malik and Saru Rana, the campaign is supported by a number of Indian Australian organisations.
The Campaign aims to reach out to men, women and children in an attempt to raise awareness, as well as bringing perpetrators to justice.
As well, applying a root-cause analysis, it aims to understand sexual assault, look at those who commit this crime. One thing universally common to perpetrator is that they use it as power and a way to have control. Rape is very rarely about or has anything to do with sex. Getting at the real motives of rapists is difficult since rapists typically do not admit their crimes. Moreover, most perpetrators are never caught, and therefore, conviction rates for those apprehended are notoriously low.

Therefore, each time we feel things cannot get any worse, there is news waiting to give us goose bumps and to shock us with another brutal incident. While we get angry, join protests, and demand that the accused be hanged to effectively fight this age-old evil, we need to spend more time understanding it so that we can fight the cause and not the symptom.
The Campaign also aims to educate young people about consent and healthy relationships.
It also intends to target parents by getting them to talk to their young kids about sexual assault, perhaps as part of the conversations they are already having about safety. Teach young children the language they need to talk about their bodies and information about boundaries to help them understand what is allowed and what is inappropriate. These lessons help them know when something isn’t right and give them the power to speak up.
The Dark Campaign, launched internationally from the month of April, will travel from Adelaide to India, New Zealand, Melbourne and Sydney. Its organisers are requesting the leading voices from public life to support this cause.