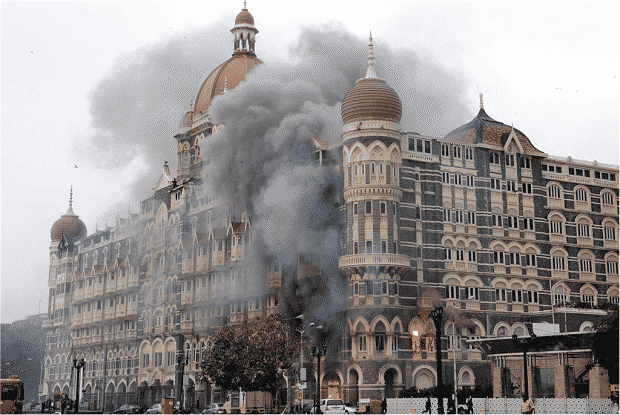 India has made significant progress to improve coastal security after the 26/11 terror attack in which 10 Pakistani terrorists came undetected by sea to unleash mayhem in Mumbai, leaving 166 dead. But more efforts are needed to reduce the country’s vulnerability to a sea-borne terror strike, say the experts.
The 2008 terror attack, which exposed chinks in coastal security, impelled the government to expedite measures to improve both physical and electronic surveillance along the country’s 7,516-km-long coastline. There are nine states and four union territories along the coastline.
The government moved on several fronts and set up joint operation centres. Vulnerable spots and gaps along the coast were identified and proposals finalised to improve surveillance.
Moves were also expedited for comprehensive registration of fishing boats, providing multipurpose national identity cards (MNICs) to the population in coastal villages and biometric cards to fishermen.
The government also decided to set up National Command, Control, Communication and Intelligence Network (NC3I) for real-time maritime domain awareness, linking operations rooms of the Navy and Coast Guard.
Security analyst and maritime observer Commodore (retd.) Ranjit Rai said in New Delhi recently that the level of coastal security has risen to “a very high level” post 26/11.
“The chances of another 26/11 like attack on a major port are remote, but the quality of our actionable intelligence for Navy and Coast Guard is essential. The Navy has systems to react, and will have to rise to the occasion too,” Rai said.
Rai said 46 radar stations along the coast on lighthouses and promontories were planned under the first phase of the coastal surveillance network and at least 30 have been made operational.
“These are equipped with state-of-the-art Danish Terma radars, Swedish automatic identification system (AIS), Canadian cameras and Israeli thermal imaging technology to track ships near the Indian coast day and night,” he said.
He said the Navy has set up a Sagar Prahari force of 1,000 sailors to patrol territorial waters up to 12 nautical miles.
“Additional marine police stations have been propped up with four Joint Operational Centres (JOCs) at command headquarters of the Navy and over 100 Interceptor boats have joined the Navy and Coast Guard for patrols,” he said.
Rai said proposals to beef up coastline security were expedited after the 26/11 attack.
The 10 heavily armed Pakistani terrorists had landed in Mumbai’s Badhwar Park in Colaba from the sea Nov 26, 2008, and laid siege to several key locations, including Chhatrapati Shivaji Terminus, Taj Mahal Hotel, Chabad House and Leopold Cafe.
The terror assault ended three days later when security forces killed nine of the gunmen. One of the attackers, Ajmal Kasab, was captured alive. He was hanged a year ago after a trial.
Indian Navy spokesperson Captain P.V.S Satish said the country’s coastal and maritime security has seen a lot of consolidation over the last five years.
“We have achieved a high level of coordination between the multiple agencies involved. The electronic means of surveillance that are critical to achieving coastal security are largely in place,” Satish stated.
“Maritime and coastal security is given the highest priority and closely monitored by the apex body, NCSMCS (National Committee on Strengthening Maritime and Coastal Security). We have come a long way from 26/11,” he said.
The home ministry is also implementing a coastal security scheme in phases but its officials said states have to do much more to upgrade coastal police infrastructure.
Former home secretary G.K. Pillai said there was reluctance among personnel from state police to take up marine police tasks.
He said fishermen were like the “eyes and ears” of the security apparatus and young personnel from their community could be encouraged to join the marine police.
Ajai Sahni, executive director of the Institute for Conflict Management, said there was “much rhetorical focus” on strengthening coastal security after 2/11,
“Fitful efforts notwithstanding, we remain as vulnerable to terrorist attacks along our coastline as we were in 2008,” he said.
He said the core of any effective system of coastal defence capacity was to detect illegal movement of ships and boats.
“Unless there is a GPS tagging system to identify those whose presence is legitimate, it is impossible to identify the interloper,” he said.
Vice Admiral (retd.) Sanjeev Bhasin said the government had identified shortcomings and deficiencies post-26/11.
“A great deal of effort has been made to prevent ingress in future,” said Bhasin, who was flag officer commanding-in-chief Western Naval Command.
Comparing coastal security to that along the line of control, he said it was nearly impossible to make it fool-proof.
“Alongside other measures there is need of good intelligence,” he said.
Rear Admiral (retd.) K. Raja Menon said a huge amount of money had been spent to improve coastal security, but there is also a need to augment offensive capacities.
“It (improvements in coastal security) is as effective as human effort can be,” he said.