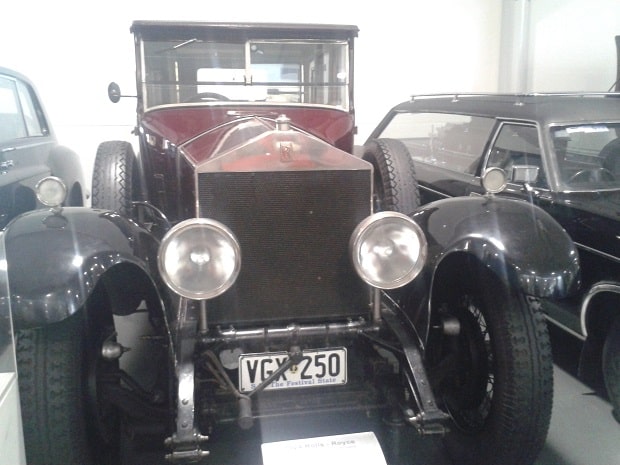 Boys never grow out of playing with toys. When they’re young they play with toy cars, but once they’re older, these toys only become more expensive. On September 29, men and women from all over Adelaide took part in the Bay to Birdwood Classic run, and some were just there to watch the beautiful classic cars on show. This run showcases rare, collectable and unusual vehicles from a past era which can only be seen in movies today.
Dearly loved by South Australians, the Bay to Birdwood Car run completed 33 years in 2013. The two events, The Bay to Birdwood Classic and Bay to Birdwood Run, are organised every alternative year. More than 60,000 spectators and car enthusiasts turned up to watch the classic beauties make their 70km journey at 9am from Baratt Reserve, West Beach to the National Motor Museum in Birdwood. South Australia has the nation’s highest ownership of historic vehicles, making this event the largest one of it’s kind in the world. This year entrants came from as far away as Hong Kong to participate in the event.
Among the crowd was Mr Kiran J Parekh, the only Indian participant who has been involved in the run since the past five years, the only Indian participant out of almost 1700 entrants! A long history and association with cars in his family from the days of his great-grandparents, Parekh always looks forward to this event. This year he entered with his very pristine and rare1958 Mercedes Benz 220S, which he informed me, has been through a lot of work and restoration to look it’s best for the run. Amongst his extended list of classics, former cars which he entered in past events have ranged from the 1930’s to the 1970’s such as Jaguar, MGB, Austin, Triumph, among others. His interest in classic and vintage cars has also led him to start up a specialised classic car business called Firma Trading.
On reaching the National Motor Museum, I got the opportunity to check out many historic cars and vehicles which many Indians are familiar with, once drove and have an affinity with.
Scooters hit the roads for the first time during World War II. One of them was the Vespa scooter which has been most widely used form of transport in India due to it’s tiny shape that is able to manoeuvre the populated roads of India. Almost every middle class family in India owns one of these scooters, making it a second home for Vespa. Manufactured in Italy by Piaggio, Vespa VX was recently launched in New Delhi as the most expensive scooter costing Rs.71,380 (ex-showroom).
The Royal Enfield, a legendary bike, has been known for generations to be the best. These motorcycles have been sold in India since 1949. Although made in England, the ‘Bullet’ did the perfect job for Indian police and army for patrolling purposes. In 1955, Redditch Company and Madras Motors (in India) partnered up to form ‘Enfield India’. The machine was assembled in Madras (now Chennai) under license with parts shipped from England. After being sold to India in 1957, Enfield components were manufactured in India. By 1962, the complete in-house manufacturing of the machine began and continues till today. The model ‘Bullet’ has kept up with the race, and is manufactured till date.
‘Swastika’ is the oldest known symbol that has been around for over 3000 years. This ancient symbol stands for good luck and purity for Indians. But little did we know that it was used in decoration in North America on everyday items such as linoleum, clothing and cars. The swastika was later adopted by the Nazis after their rise in the 1930s. This symbol could be seen on some of the vehicles.