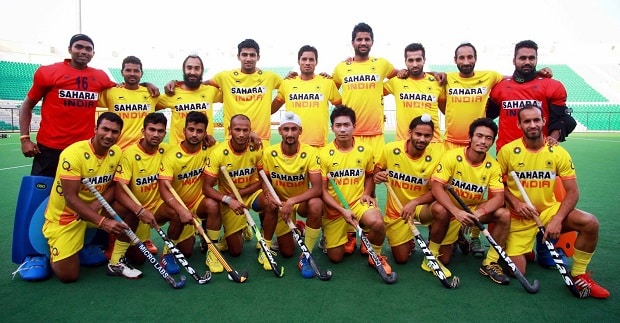 Reading Time: 4 minutesMedal hopes for India at the XX Commonwealth Games in Glasgow

India will be expecting a lion’s share of medals from shooters, boxers, wrestlers and shuttlers at the 2014 Commonwealth Games starting 23 July, but it will be difficult to match the record medal haul from the last edition at home.

The 2010 Commonwealth Games was marred with allegations of corruption and missed deadlines, but the stupendous success of the Indian athletes and the excellent delivery of the Games made up for all the controversies.

India won an incredible 101 medals and was runner up in the medal tally, when they hosted the XIX Commonwealth Games in Delhi in October 2010. Team India won more gold medals than it had ever won before in one Games, taking 38 gold medals when the previous record was 30 at Manchester in 2000.

The Indians are riding high on their historic success at the 2012 London Olympics, where they won a record six medals, including two silver. But sans home advantage, it will be difficult to replicate the success of 2010.

This time around India have a sizeable contingent of 224 athletes, with athletes from 14 sporting disciplines. The largest squad within the Indian contingent comes from athletics. Seven para-athletes and 90 officials, coaches and support staff are also part of the Indian team. The Glasgow Games will have 17 sports and 261 medal events and India will be fielding athletes in all but three disciplines – netball, rugby sevens and triathlon.

The main medal hopes will be from shooting, boxers, wrestlers, badminton and hockey.

The shooting team comprises an Olympic champion in Abhinav Bindra and two Olympic medallists in Gagan Narang and Vijay Kumar, who will also be India’s flagbearer in the opening ceremony.

Gagan, who won four gold medals in the 2010 Games, however, will not be seen in action in his pet 10m air rifle event, where he won the bronze in the Olympics in 2012. He will be taking part in the 50m 3-position rifle and 50-m prone events.

In badminton, with defending champion Saina Nehwal skipping the event, India will be pinning their hopes on P.V. Sindhu, Parupalli Kashyap and the pair of Jwala Gutta and Ashwini Ponnappa to repeat their success in badminton.

Despite top seed Saina’s absence from women’s singles, India could still end up victorious in the category, thanks to second seed Sindhu.

This time, Sindhu, ranked four places below Saina at No.11, may breathe a little easier as she contemplates her path to glory.

However, 2010 edition’s bronze medallist Kashyap, who is seeded second, will be eager to break Malaysia’s stranglehold, where they have won every gold in the category since 1990.

Expectations are high also from the women’s doubles defending champions Ashwini and Jwala, who surprised all to clinch the gold four years ago, India’s first yellow metal in the discipline since 1982.

India’s chances of winning a gold in badminton suffered a major jolt as defending champion and World No. 7 Saina Nehwal pulled out of the women’s singles event, due to blisters after last month’s Australian Open.

In the past few years, Indian wrestlers have also become a force to be reckoned with, ever since Sushil Kumar won his second Olympic medal, a historic silver, and his buddy Yogeshwar Dutt the bronze in London.

The onus is also on the boxers, especially on the male boxers, after their disappointing show in London. The saving grace was M.C. Mary Kom’s bronze medal with the introduction of women’s boxing.

India also had a great outing in the track and field in 2010 with discus thrower Krishna Poonia winning the first gold medal in athletics for India in 52 years since Milkha Singh’s triumph at the 1958 Cardiff Games. This time the focus will again be on Krishna and fellow discus thrower Vikas Gowda, who finished an impressive eighth in the London Games.

Last but not the least, the men’s hockey team will be looking to salvage some pride after their disappointing show at the World Cup. The men’s squad settled for the silver in Delhi but also had to endure the ignominy of a 0-8 loss against Australia in the final.

“We want to face Australia in the final,” Indian hockey captain Sardar Singh said while training in Glasgow.

Australia have won all the four golds available in the discipline since its inception at the Games in 1998 in Kuala Lumpur. But the Indian team’s morale is high, especially after beating England 3-2 in a practice match. The expectations are high also fromvice-captain and goalkeeper P.R. Sreejesh after his splendid World Cup performance earlier this year.

“While the team is young, the kind of play that they showed on the recent Malaysian tour gives me reason to be proud of them and confidence that we will deliver our best performance here,” said Hawgood, referring to the team’s recent exposure tour to Malaysia where they defeated the hosts 6-0 in the series.

Engagement with sport is gradually building up across India, which has begun to look beyond cricket. IPL-style leagues have been launched recently in football, hockey and even kabaddi, and celebrity endorsements have begun to raise not only spectator involvement but also the nurturing and development of elite sportspersons.

The seventy-one-year-old Bollywood megastar Amitabh Bachchan for instance recently announced he has been sponsoring the training and coaching of two female athletes for the Commonwealth and upcoming Asian Games. Ayonika Paul and Pooja Ghatkar (both shooters) are supported by Bachchan as a part of the Medals4India campaign initiated by NGO Olympic Gold Quest.
IANS