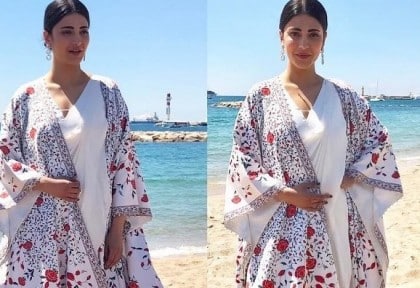 RITAM MITRA on the teams and players to look out for

Four years ago, India lifted what was then mooted to be the seventh and final ICC Champions Trophy, as the ICC unveiled its plans to retire the tournament in favour of a new ICC Test Championship. However, the success of the 2013 edition with fans and players alike – sceptics may posit, due merely to the fact that India, home to the game’s biggest market, were the ultimate victors – was unprecedented and unanticipated.

With the ICC since deciding to scrap the Test Championship, the eighth edition of the ICC Champions Trophy is now upon us, and with a power-packed batting line-up and a mouth-watering fast bowling arsenal, it is hosts England who are favourites to lift their first piece of 50-over silverware, with defending champions India and perennial contenders Australia hot on their heels. We take a look at the teams – and the players – to look out for, in what will be the first-ever Champions Trophy not to include the West Indies.

England’s explosive batting line-up is the talk of the town – and it must be a strange feeling for English fans to feel pride in their one-day outfit. Since the ignominy of their early exit from the 2015 World Cup at the hands of Bangladesh, however, England have been on the way up.
A batting line-up with names such as Roy, Hales, Buttler, Morgan, Ali and Stokes is fearsome enough – but with a strong, fast bowling attack and the indisputable home advantage, England’s new, attacking brand of cricket could pave the way for their best-ever 50 over performance.
Watch out for: Ben Stokes, the most valuable player in the Indian Premier League who more than justified his stunning $3 million price tag in the 20-over format. Labelled by Michael Hussey as the 2017 version of the devastating Lance Klusener in the 1999 ICC World Cup, Stokes is tipped to set the tournament alight.

If preparation is key, defending champions India are in big trouble. They were the last team to announce their squad, viewed by many as a protest in response to their ongoing finance and governance dispute with the ICC. They were also the last team to arrive in England, following the conclusion of the Indian Premier League, leaving the men in blue just 10 days to acclimatise to the notoriously difficult English conditions – and the longer 50-over format. Add to that an injury to young gun Manish Pandey, and India’s defence begins looking suspect.
However, as captain Virat Kohli pointed out, it was India’s bowlers and standard of fielding that set the team on the path to glory four years ago – and this time around, it will be on the shoulders of Mohammad Shami, Umesh Yadav, Bhuvneshwar Kumar and Jasprit Bumrah to use the conditions to their favour, and hide the deficiencies in India’s lower order.
Watch out for: Hardik Pandya, the hard-hitting all-rounder who could be the missing piece in India’s quest to find an explosive lower order presence. With a destructive 80* against Bangladesh in India’s second warm-up, Pandya put his hand up to cement his place in the XI for years to come.

The gaze of the Australian cricket fraternity has been for some time locked firmly on the stalled negotiations between the Australian Cricketers Association and Cricket Australia regarding the latter’s proposal to dump a long-standing revenue-sharing agreement. With the possibility of their best cricketers becoming free agents come 1 July 2017, there has never been a more appropriate time for the Australian team to gel together.
This is particularly important given how young Australia’s team is – and how little they have played together. But in Smith, Warner, Maxwell and Starc, Australia have more than their fair share of experienced internationals to guide players such as Head, Stoinis, Zampa and Henriques. A strong performance at the Champions Trophy would be a welcome bargaining chip for

Watch out for: A marauding Chris Lynn, whose ability to clear the ropes is unrivalled in the tournament – and perhaps the world. With more sixes in the Big Bash League than any other player in its history, Lynn is yet to make his mark on the international stage – but if given the licence, he could cause some serious damage in England.

THE BEST OF THE REST

Despite being the number one ranked ODI nation, South Africa’s abysmal international tournament record sees them drop down the list of favourites. But with De Kock, De Villiers, Amla and Rabada rearing to go, write them off at your peril.
Kane Williamson and Ross Taylor lead New Zealand’s mission to lift the trophy they last laid their hands on 17 years ago. A destructive batting line-up, along with swing bowling geniuses Trent Boult and Tim Southee, could see the ever-overachieving Black Caps send a few shockwaves through the tournament.


Featuring in the top-8 tournament for the first time since 2006, Bangladesh will be looking more than just to compete. A string of positive limited overs results in the last two years, particularly at home, has seen Bangladesh build significant confidence regarding its place on the international stage – don’t be surprised to see them claim a big scalp or two.
The ICC Champions Trophy is to be held in England and Wales between 1 and 18 June 2017
- Advertisement -
Share
WhatsApp
Facebook
Twitter
Linkedin
Previous articlePassion and portraiture
Next articleIrish PM-elect: Indian links