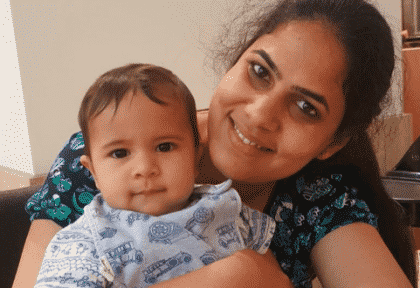 Australians, especially those living in Melbourne, have been united in shock, grief and condemnation of the Bourke Street tragedy that resulted in five fatalities and injuries to multiple pedestrians who were ploughed down by a motorist. Nethra Krishnamurthy, a young Indian mother, was among the shoppers, tourists and workers who fell victim to this senseless act.

In an incident that shook the entire city, 26-year-old Dimitrious Gargasoulas allegedly drove his car into the busy Bourke Street Mall, deliberately striking pedestrians after lunchtime on Friday 20 January. He was witnessed doing doughnuts with his vehicle outside the busy Flinders Street Station prior to the crash.
Victoria Police have charged him with five counts of murder for killing Matthew Si (33), Jess Mudie (22) Thaila Hakin (10) and Zachary Bryant (3 months) as well as an as-yet unidentified 25-year-old man. About 30 people were injured; many survivors are still receiving treatment in hospital including Nethra Krishnamurthy.
Nethra is currently undergoing treatment at the Alfred Hospital for her injuries. She has multiple spinal and rib fractures, a punctured lung and lacerations on her liver, kidney, intestine and scalp. She has been through many surgeries and her medical treatment will continue. It is expected to be a long road to recovery.
Nethra is an IT consultant who migrated to Australia from Mysore, Karnataka and moved to Melbourne in 2012. She is married to Mohan Kumar and they have an eight-month-old son, Hari. She had just finished feeding her child who was in a daycare and was returning to work when the tragedy occurred. Her husband was with her, however he was unharmed in the incident.
“I was lucky to miss the impact but unlucky enough to witness the massacre first hand,” he said in his social media post informing people about his wife’s wellbeing. “I would have done everything I could and leave everything I have to prevent this from happening to her,” he added as he thanked everyone for their concern, care and support.
According to updates Nethra had her ventilator, lung and nasogastric tubes removed recently and is able to talk and drink fluids. She is expected to undergo plastic surgery for the lacerations on her scalp. Friends and Mohan’s mother, who reached Melbourne soon after the traumatic incident, are caring for her child.
This unprecedented tragedy has impacted many families and the outpouring of support from the community has been enormous. The floral tributes, messages of hope, condolences, letters and funds are pouring in for all those affected. Vigils and memorials were held to honour the innocent victims of the rampage.


Saddened and concerned, the Australian community has dug deep into their pockets to donate to the victims. At last count over $700,000 had been raised for them within a couple of days.
A fundraising campaign was also created for Nethra and her family.  Exceeding its original goal in the first few days with nearly 2000 donations, So far, over 5.5K people have shared the campaign link and there has been an overwhelming response for the young family during this tragic time. To continue the support donations can be made at mycause.com.au.
Besides the grief, there is growing anger at the accused, Dimitrious Gargasoulas, who was released by a bail justice days before he allegedly caused this incident. There is an increasing demand from the community to review the bail system and make amendments or overhaul current structures to protect people from violent offenders.
Amidst the backlash, the Victorian Premier Daniel Andrews has pledged a full examination of the bail system and establishment of an after-hours magistrates’ court. The night court will consider bail applications for people charged with violent crimes when police oppose bail. Leader of Opposition Matthew Guy also proposed a ‘one strike and you’re out’ policy and presumption of remand for those charged with violent offences.
As the stories of the victims unfold there is much heartbreak; however, shining through all this is the indomitable spirit of the people of Melbourne. Kudos to those heroes and wonderful people who reached out to help the victims on the day the tragedy occurred and those who continue to work tirelessly to care for them. Humanity is alive and kicking.

The Victorian Government has set up a ‘Bourke St Fund’ for families affected by the tragic incident. It will work in addition to existing compensation being made available through the Transport Accident Commission (TAC) and WorkSafe Victoria.
For those who lost loved ones following the tragic events of Friday, people physically injured and witnesses, the TAC can cover the cost of:

WorkSafe will provide similar assistance for people who were at work, on their lunch break and were affected by the incident.
Anyone directly impacted by the incident is encouraged to call the TAC as the first point of contact during business hours on 1300 654 329 to discuss their needs.
Anyone who wants to make a donation can do so the Victorian Government’s website, www.vic.gov.au/bourkestreet.html or by calling 1800 226 226.