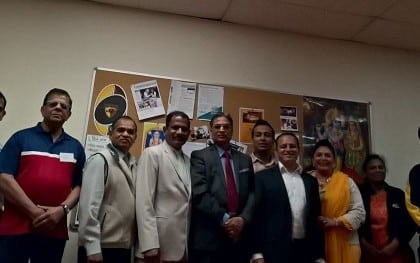 The Federation of Indian Associations of Victoria hosts a meeting to receive community feedback on the Safe Schools program. CHARAN NAIDOO reports

It is an issue that has proved to be divisive within the Indian community since its announcement by the Victorian State government – the proposed Safe Schools Program. As a social issue that has demarcated conservative Indians from more liberal Indians, the Federation of Indian Associations of Victoria (FIAV) recently conducted a community consultation meeting to receive community feedback toward the proposed introduction of the program.

The Safe Schools Coalition, Victoria was founded by the State government in 2010 in response to research into the harrowing experiences of gender diverse young people in Australian schools.
Under the Safe Schools Initiative, all public schools would be compelled to create safer and more inclusive environments for same-sex attracted, intersex and gender diverse students, staff and their families, by 2018. Private and Independent schools would be exempt but could choose to join the program if they desired. Member schools would be able to request tailored professional development for some or all school staff on inclusive practices to create more supportive environments for gender diverse young Australians.
Shadow Education Minister Nick Wakeling, a guest speaker at the Community Consultation, lauded the State Opposition’s resistance to the program on the grounds that “families and communities best make decisions” and that “bullying occurs for a range of reasons”.
Mr Wakeling spoke of the need to introduce a broader initiative that “taught tolerance and respect” and one that “parents had faith in”. Promising to “scrap the program at the next election”, Mr Wakeling affirmed that the Liberal Party wanted to replace the Safe Schools Program with a more holistic approach that deals with a variety of concerns and not just that of gender.
In response to Mr Wakeling, many community members expressed their mutual desire for increased parent consultation on this social issue and of the need for cultural consideration.
President of the FIAV, Dr Sharad Gupta took issue with the fact that children would be “forced” to learn about different gender practices, a concern that was echoed by Gandhi Bevinakoppa who commented that “nothing should be put into the minds of children until they are 11 or 12”.
However, other community members, including educator Suria Naidoo and FIAV member Kazween Boiko, scrutinised Mr Wakeling’s remarks. They instead considered that it would be “problematic” to expect all parents to teach their children gender diversity.
No clear consensus emerged from the consultation, except for a common desire to protect the welfare of children and the need for more parent and cultural consultation. Concerns were made clear in regards to the age that children will be taught gender diversity and the role of the school and parent in education regarding sexuality and identity.
More consultation will likely be needed to ensure that the opinion of the Indian community is accurately reflected in the proposed state-wide program.