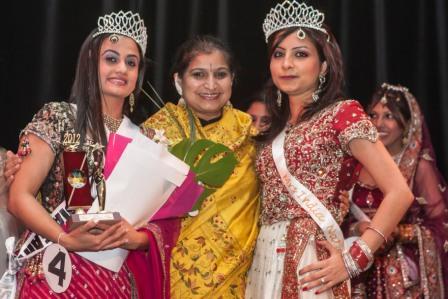 I remember my school teacher once said to me, “Character is beauty. Be ever beautiful”. For some reason this line has always stuck in my mind. It tides me through days of bad hair, chipped nails, sleep deprivation… in fact it is a self-esteem mantra that tides me through pretty much all my life. In a society where there is tremendous pressure on women to conform to conventional beauty standards by spending time and money on fashion, cosmetics, hairstyling and cosmetic surgery, a balance is desired by spending equal if not more time on the arts, reading, communicating and contributing to society. There are many women out there who have this balance down pat. Some of these went on to compete in the Ms India Quest that was held at Thornbury Theatre in Melbourne recently.

The stated goal of this beauty pageant was to promote self-esteem and public speaking abilities of the contestants, along with their fashion sense and appearance. Some of the above were tested through various segments including Q&A, fitness, western and ethnic wear rounds. The contest started with a barrage of well-rehearsed introductions from the contestants. While some kept it simple and genuine, others resorted to trite lines on their aspirations to give back to the community. The common theme that came out of the introductions was that most contestants chose to participate in the Ms India Quest as it offered them a platform to celebrate the essence of being a woman. Most contestants were married with children and enjoyed successful careers. Their real lives are not a whirl of hairsprays and sequins but a juggling act of work, chores, kid’s homework and other commitments. Being part of this contest gave them an added sense of accomplishment and boosted their morale.

Morale was boosted considerably on the night from the enthusiastic applause every contestant received from an appreciative audience. What the event lacked in professionalism was made up with the abundance of support as spouses, friends and families were present to support their own in this sell-out event. All the sponsors of the event got substantial exposure from the organisers thanks to the slide show in the background, an opportunity to catwalk on stage during the event and ongoing mention from the MC Siddharth aka Sid. The vivacious anchor pieced all the elements of the contest together with chutzpah and managed to engage the audience as well as the participants.

Individual personalities of the 17 contestants shone through as they smiled, sashayed, swayed and charmed with confidence, making it tough to decide who would take the crown. The judging panel comprised of Dr Subhakanta Behera, Consul General of India in Melbourne; renowned senior Mrs Krishna Arora; and Melanie, a model associated with the fashion industry for 7 years. Melanie who works for a law firm was the second runner up at the Mrs Australia contest held in 2011.There were some interesting answers to the questions put forward by the judges. A participant claimed that her role model was no star or celebrity; it was her mother-in-law who had inspired her and supported her every step of the way. Another was asked which magazine cover she would like to feature on and she chose The National Geographic as she was an environmentalist and given a chance, she chose to be on the cover of a magazine dedicated to ‘Mother Earth’.

he MIQ crown finally went to IT professional Priyanka Dewan, with Business Analyst Deepti Sharma winning the 1st runner up trophy. They will go on to participate in Mrs India Universe and Ms India Earth contests to be held later in the year. Said organizer Mrs Anamika Srivastava, “The most beautiful woman in any beauty pageant is the one who has all the conditions to be a real representative. I believe in beauty as an integral concept that includes the development of specific qualities to allow a beautiful woman to stand out among other beautiful women.” Considering this was Anamika’s debut effort at organizing a major pageant the few creases during the course of event could well be ignored. MIQ was understood to be an event that celebrates the ideal woman prototype that includes physical beauty, kindness, charisma, and social sensibility; however the opportunity to explore the latter seemed rather limited on the main evening. It was fun to watch, nevertheless.