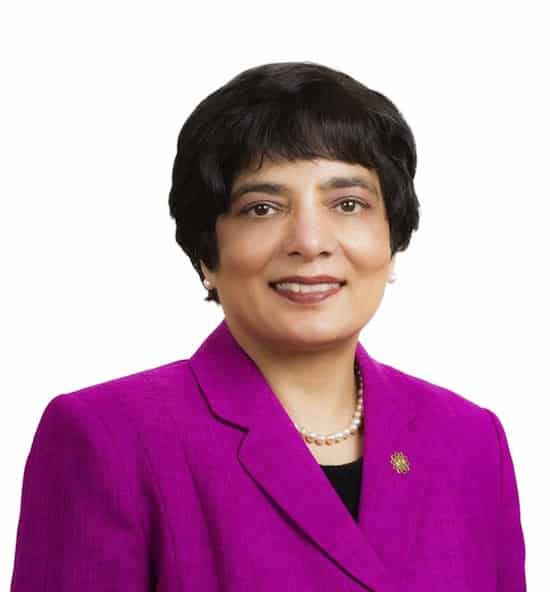 Dr Marlene Kanga finds great inspiration in the late Steve Jobs’ prophetic words – “the only way to do great work is to love what you do”.

Embracing this philosophy, the chemical engineer, who specialises in risk management and safety engineering, has scaled great heights.

The lure of the land down under proved too hard to resist for the feisty Indian Institute of Technology graduate. It was Australia in the 1970s. The White Australia policy had finally been dismantled and the Anti-Discrimination Act had passed through Parliament. Armed with an engineering degree, hope and a never-say-never spirit, Pune-born Kanga migrated to Australia with her husband Rustom.

Despite a stellar academic career and dedication to her profession, breaking into the workforce was not easy. What proved even harder for Kanga was shattering well-entrenched stereotypes, particularly gender based ones.

Not one to give up, the outspoken Kanga eventually secured her first breakthrough, rising quickly up the corporate ladder, making many meaningful contributions along the way.

Inspired by her father’s achievements as one of India’s first engineers in Goa and Maharashtra, a young Marlene was determined to follow in his footsteps.

She enrolled at the Indian Institute of Technology in Mumbai, one of the pioneering women to do so in a male dominated industry. “My father had a great deal of integrity. He also had a great sense of purpose in serving the community,” she said.

It is this legacy that she has passionately carried forward. While her core expertise has been in oil, natural gas and chemical industries, Marlene Kanga has served on many boards, driving innovation and creative leadership. She has actively campaigned for diversity in engineering, and espoused the migrant cause.

“I always think of myself as an engineer and consider the task at hand in terms of the technical aspects,” Kanga said. “Others may see me as a woman and may challenge my ability to do the job on this basis. I usually easily challenge them back because I know I am good at my job and I always do it very well,” she added.

The co-founder of iOmniscient, a market leader in intelligent surveillance systems and video analytics, Kanga is also on the board of Sydney Water and has held many prestigious positions in her long and illustrious career.

She has featured in the Top 100 Engineers in Australia as well as the Top 100 Women of Influence in Australia. “If you are able to work in the area you love, it will never be just a job, you will discover that it will be endlessly satisfying and you will make a contribution that is beyond your greatest dreams,” Kanga told Indian Link.

“I never set out to change the world. I had some clear goals and just faced each problem as [it] came along. The cumulative impact, looking back, has been amazing,” she said.

A member of the Engineers Australia Council since 2007, in 2012 Kanga was Chair of the Innovation Taskforce charged with promoting further advances in engineering. She was also Chair of the National Committee for Women in Engineering in 2008 and 2009.

More than three decades after immigrating to Australia, in 2013 Marlene Kanga became National President of Engineers Australia, the peak advocacy body and professional membership forum for engineers. “Although I am goal oriented, becoming President of Engineers Australia was not one of my goals,” Kanga admitted. “My aim in contributing to the institution was to give back to the profession and to Australia. I was later encouraged by my peers in engineering to stand for election because they thought I would do a good job”.

Today Marlene Kanga is a board member of Innovation Australia as well as Chair of the R&D Incentives Committee, spearheading change and advising the government on new initiatives.

Due to her status as an exceptional role model and for her services to engineering, Kanga was appointed a Member of the Order of Australia (AM) in the 2014 Queen’s Birthday Honours List. “This award is a great example of the openness and generosity of Australian society,” she told Indian Link. “When I came to this country, knowing no one at all and starting from scratch, I never anticipated that I would receive such recognition. I am both honoured and humbled by this award. It shows that anyone can be a great engineer and make an effective contribution to Australia”.

Having excelled in her calling, Marlene Kanga hopes to inspire many new generations to take up the challenge. “The world needs more engineers”, she said. “It is such a dynamic and creative pathway. Young people need to understand the importance of science and technology in their lives from a very young age”.