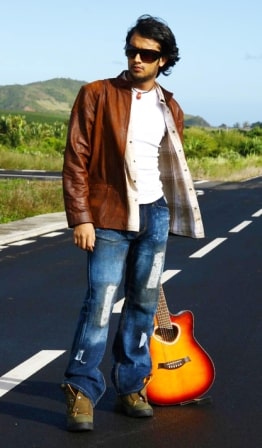 Choices, choices. Should I spend my Saturday night with Atif Aslam or with Udit Narayan? Wish I could do both, but dammit, whoever thought of getting the two artists to perform live in Sydney on the same day and same time….!
Alright, since I have to choose between the two, I thought to myself, I have grown up on Udit Narayan songs and have heard so much of him, so why not try the flavour of the season, Atif Aslam.  After all, this Pakistani singer has some great tracks to his credit – Tera Hone Laga Hoon from Ajab Prem Ki Gazab Kahaani; Aadat from his debut album Jal, and that intoxicating Pehli Nazar Mein from Race. As an RJ on Indian Link Radio I have quite enjoyed playing his songs, and know that he has quite a fan following out there.
Plus, I remember reading somewhere that he’s the first Pakistani pop singer to perform at The O2 Arena London, twice. Wow! That sounded good.  I had made up my mind. Atif Aslam it would be.
So here I was at the Sydney Olympic Park sports centre looking forward to a supposedly great evening. Hats off to the audience who actually had the patience to wait until 9:15pm for a show that was to start at 7pm. (Every minute that passed by, I was only wondering what Udit Narayan must be singing over at his show!)
Of course organisers Milestone Entertainment had arranged for a local artist to entertain the audience, but they were in no mood to listen to him, especially as time wore on.
But that was not all; after more than two hours of wait an announcement came on that we’d have a light show. Really? What had I come for, Vivid? And by the way, this was not even a patch on Vivid. It felt like some lighting at a local nightclub. While this was not what the audience wanted, they still put up with it patiently waiting for the main act.
So had Atif finally left Pak airspace, was he mid-air, was he already in Sydney… where exactly was he?
Just as patience was wearing out, the star of the evening came bundling on to the stage in his black and grey check jacket, singing Kaisa Zamana Hai Yeh.
And then the icing on the cake… the mike squeaked! Sorry, what was he singing?  Could someone please lower the sound of the orchestra?
Then it was Doorie Sahi Jaaye Na… a beautiful number which would have been appreciated more had the sound system been better.
Atif followed up with Sach ki talaash hai tu mere saath hai, Ek baar nahi ye dil sau baar hai tuta, Bakhuda tum hi ho, Allah hu Allah hu, Ali Maula Ali Maula, Woh lamhein woh raatein.  Again the sound system failed and my little ears gave up and refused to separate the words from the music. So what followed was Atif Aslam trying to sing rock versions and remixed versions of his songs (yes Tu Jaane Na and Woh Lamhe too) without realizing that the sound system was poor. He jumped around with the mike stand, singing playing up to the 100 odd people standing in the mosh pit, rather than the wider audience. They were the ones getting all his attention and the rest of us (about 900 or so) happened to be eavesdropping.
This was the same stage where I had watched Sonu Nigam entertain a full house, a performance that I will cherish for the rest of my life. What crowd engagement, what performance, what a show that was!
And here I was, watching a man trying hard to woo an audience but not winning.  Whatever happened to that soulful, magical voice we hear on record?
As they say not every artist can be a performer and more so not every artist can perform live. Atif Aslam, so brilliant in the recording studios, was not winning many friends in the open that night. I wonder what his performance was like at the O2 Arena in London, where he had a second chance!
Going back to where I was, the rest of us happened to be eavesdropping and quite strenuously. I could see faces which wanted more but the sound system was not working in their favour.
And then it was me subconsciously asking Udit Narayan for forgiveness. I had chosen Atif over him. Lesson learnt; experiments are not always a good thing. Sometimes it’s good to stick to the tried and tested.  They do say ‘Old is Gold’, don’t they?