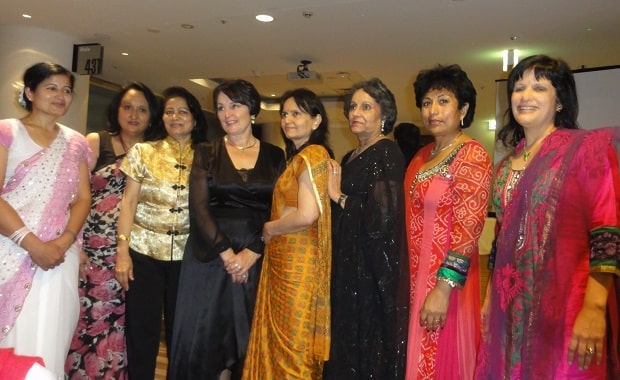 Scores of international medical graduates are struggling to find suitable jobs in Australia, as the lengthy and complicated registration process continues to dampen their spirits. Many doctors are forced to take up odd jobs to survive, while others simply give up and return to India.

Priya migrated to Sydney after her marriage in July 2011, on completing her MBBS from Gujarat in India in 2010.  She spent two years preparing and cleared all of the three registration examinations, namely the Australian Medical Council (AMC) Multiple Choice Questions (MCQ) part I, the AMC Clinical part II, and finally IELTS or OET (English test), in order to qualify to practice and work in Australia.

But despite successfully completing all these exams, Priya has been applying for a job in the medical profession in every state in Australia, with no positive results.

The irony is that she is now tutoring other aspiring international medical students for the very same exam. “I have applied everywhere in Australia under the Resident Medical Officer campaign in June –July 2013, but only faced disappointment”, rues Priya. “I’m in a Catch-22 situation because the AMC will only finalise my registration once I get a job offer letter from a hospital. And the hospitals won’t offer me job due to lack of experience. I’ve started to lose confidence over my decision to come here”, she adds.

Priya personally would not encourage overseas trained doctors to come to Australia. “I have spent over $10,000 to complete my registration and I’m still struggling to find a job. I know of friends who came here after their MBBS and have taken up jobs as security guards and taxi drivers, and are still attempting to complete their registration. In my opinion, Australia is not the country for overseas trained doctors”, says Priya with a distinct sense of dejection.

Some Indian doctors just give up and leave, like Dr Snehal who also even joined the Australian Indian Medical Graduate Association (AIMGA), to voice her concerns. She returned to Mumbai after facing job rejections for several years, despite being a registered doctor here. Others like Pakistan-trained Nasir Mehmood Baig who arrived in 2005 and has a wife and four children to support, drives a taxi while navigating his way towards registration.

Feeling their pain and understanding their disillusionment, the AIMGA has been actively lobbying for the welfare of Indian and overseas trained doctors for over three decades. The Association has written several letters to the Medical Board of Australia asking for more transparency on websites that explain the registration system. International students end up paying a hefty financial registration fee and are caught unaware of the long drawn out process, with no guarantee that they can work as a doctor in Australia. On average it takes about $15,000 to complete the registration, with no guarantee of success.

“I think international medical graduates (IMG) are suffering a lot, both financially and mentally, due to a lack of proper information about the rules of medical registration, the waiting period between examinations, and the English examinations. There is no explanation or reason, given apart from a ‘pass’ or ‘fail’ in the result”, states Dr P Sawrikar, former President of AIMGA. “Crucial information like clinical experience of a minimum of three years before students can apply for registration, is not mentioned anywhere in the website”, he adds.

Depression is another big cause of concern, an endemic problem for IMGs, when they fail to clear the examinations. The gap between theory and clinical examination is another big hindrance in the current registration process, which exacerbates the doctor’s time out of clinical work. There are no explanations why some IMGs have to wait much longer than 18 months to sit for the clinical exam after clearing the theory part. It gets worse for those who fail in their first attempt; in fact, the waiting period for them can stretch from 22 months to three years!

Dr Aditi Punjawat, an overseas medical graduate from a dental college in Pune, India came to Sydney three years ago. “When I first came here, I was warned by people about the lengthy process of dental licensing,” she says. “The exams are extremely difficult and preparation takes a huge toll on your mental state. It was very disheartening for me to fail on the first attempt, and I had to build up the courage to try again. When I didn’t clear the exam for second time, I went into depression and my confidence levels were at an all-time low”.

“There should be more clarity and transparency of the AMC examination. It should state clearly where the mistake was made, which questions were incorrectly answered and what mistakes were made”, Dr Punjawat avers. Despite being a qualified dentist, she continues to work as a dental assistant in a small family run dental clinic.

There is no denying that Australian trained doctors are preferred over overseas trained doctors for jobs, and many IMGs feel a sense of helplessness in a situation where they have passed the AMC exams and got their certificate, but are unable to secure a job because of lack of Australian experience or general registration. They need guidance and support which the Overseas Medical Graduates Association (OMGA) in Melbourne hopes to provide.

However, the OMGA feels the IMGs still don’t come forward with their problems, nor do they consider approaching the Association, as they should.

“The OMGA is more than willing to help, guide and network with these students who want to get registered in Australia”, says Dr Geetha Venkatram, President OMGA Victoria.

This Association of registered doctors lobby on behalf of IMGs in Victoria, reviewing their concerns and problems. They want more participation from international medical doctors in their association.

“We really want to help students taking these exams with training and workshops and even references, if needed”, emphasised Dr Venkatram. “But people are too scared to speak up and voice their problems. That mentality needs to change and we need a united platform with good numbers; only then can we approach the Australian Medical Council to raise our issues”.